There’s been a lot of speculation that Ben Carson will be Donald Trump’s vice presidential pick. But it turns out that’s not going to happen. 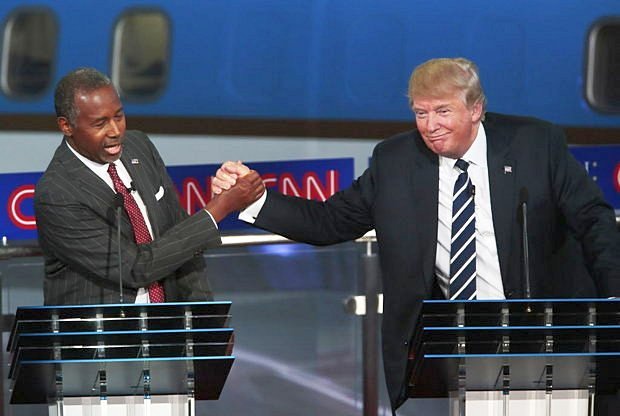 According to The Daily Beast, Carson will supposedly be reassigned as a liaison to Speaker of the House Paul Ryan, meeting with the speaker before the speaker’s scheduled meeting with Trump on Thursday.

While the retired neurosurgeon has denied it, some speculate that the move might be the first indication that Carson is under serious consideration as Trump’s running mate.

“What Trump wanted from Carson were names of who he would recommend for a potential candidate,” Armstrong Williams, Carson’s business manager, told reporters.. “He was among several other people making recommendations.

“Once those names were submitted, they decided to have Lewandowski head up (the search committee),” Williams said, referring to Trump campaign manager Corey Lewandowski.

“It’s passed off to him. That vetting process is a long process and a tedious process. Now Carson is involved in making sure that everything goes well with Thursday’s meeting.”

Speculation quickly emerged that Carson had been taken off the committee because he was a top choice for the VP spot. Carson had previously indicated that he was uninterested in taking the second spot on the ticket.

“I’m not interested in doing that for a number of reasons,” he told reporters last week. “I don’t want to be a distraction. I’m sure you remember how crazy the media was about me. It’s too important a time in our life.”

It looks like Carson just got played by Trump. It must be sad to sell out your soul and get nothing in return.