George H.W. Bush On Trump: He’s A a ‘Blowhard’ Motivated by a ‘Certain Ego’ 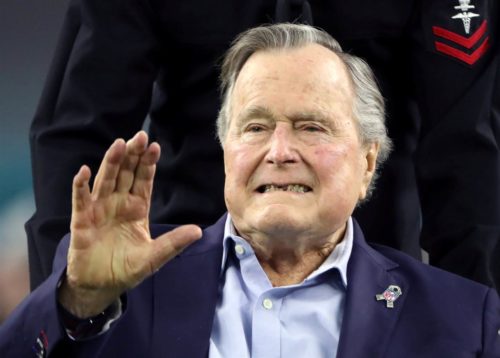 In a recent book by Mark K. Updegrove, entitled, The Last Republicans: Inside the Extraordinary Relationship Between George H.W. Bush and George W. Bush, the elder Bush continued the establishment Republican attack on President Trump. His nasty words reflect the current disheartening and exceedingly petulant trend of Republicans refusing to support our current President. 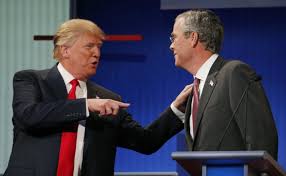 Referring to Trump, former President George H.W. Bush said in the book, “I don’t like him. I don’t know much about him, but I know he’s a blowhard. And I’m not too excited about him being a leader.”

He admits he doesn’t know him. Then he proceeds to say he doesn’t like him and that he “knows” he’s a blowhard. Anyone who claims to know things about someone whom he just said he doesn’t know, is actually the one who is sounding like a blowhard. A blowhard is a person who blusters and boasts in an unpleasant way. Bush’s assertions are certainly boastful and extremely unpleasant. Republicans finally have control of both houses of Congress (thanks to Trump’s coattails) and the White House. And instead of capitalizing on this fact, and promoting Trump’s agenda to make America great again, old guard Republicans like Bush senior and junior are thwarting the agenda and refusing to support the President. It’s sickening how the Republicans are squandering this opportunity to help real Americans. And it is simply amazing how these two former Presidents said absolutely nothing about President Obama as he enacted his destructive agenda for eight years. But now that there’s a Republican President, they are speaking up and tearing him apart in the media.

Well, here’s a newsflash Bush family, we don’t appreciate it. If you had nothing to say about Obama, but are attacking Trump, it simply shows that you are useless to the GOP and are no better than the Leftists trying to destroy this nation. And by the way Bush Senior, the fact that you voted for Hillary is despicably outrageous. Hillary cheated, rigged and stole her way through her years-long government career. She would be an utter disaster as President. How can you possibly think she’s better than Trump?

We’d all be better off if the Bush family would simply go back to complete radio silence on the President. Their words are destructive and unnecessary. They don’t know him. They are contributing to party disunity. They are not living in reality.

Americans need what Trump is trying to accomplish. We need lower taxes, we need a stronger border, we need more jobs, we need to rebuild our military, we need to fix healthcare by repealing Obamacare and allowing the free market to take over. But too many so-called Republicans try to stymie Trump at every turn. America voted for Trump and his plan. He is battling against Democrats, Congress, the media and shortsighted members of his own party; people who would apparently throw all of America under the bus just to achieve their petty goals of stopping Trump. We’ve had enough. Support Trump, keep your campaign promises and stop denouncing our duly elected President. It’s time for the GOP establishment, including the Bush family, to stop interfering like the blowhards they are.