I’m actually very fond of George W. Bush, even though he did a number of things I didn’t like. Towards the end of his presidency, it got bad and I will never forgive him over the border agents and what happened there, or the financial crisis. However, for him to stay silent all the way through Barack Obama’s Marxist reign and then to speak up while President Trump is trying to clean up that mess, seems way out of line to me. In a New York City speech today, Bush slammed Trump without saying his name for ‘bullying and prejudice’ that has become a caustic norm in American public life. I would argue it was Barack Obama and the left that have brought that on, not Trump.

The event was hosted by the George W. Bush Institute. There Bush listed a number of complaints that were obviously aimed at Trump. They ranged from his tone to his so-called isolationist policy choices. The media just lapped it up, both here in the States and abroad. “Our young people need positive role models,” he said. “Bullying and prejudice in our public life sets a national tone, provides permission for cruelty and bigotry, and compromises the moral education of children.” Maybe I have it wrong and this wasn’t aimed at Trump, but the media certainly saw it that way. 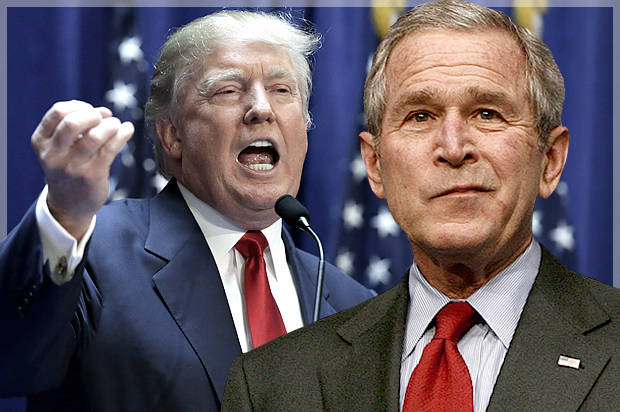 Trump does lose his temper, especially on Twitter, but Obama is the one that caused racism to explode and Americans to be at each other’s throats over class warfare. The dramatic political polarization referred to is not Trump’s doing. It was created by progressives and just happened to get triggered by Trump. The President said he wasn’t aware of Bush’s comments.

Bush also threw shade at Trump over the Charlottesville tragedy. He never mentioned Trump’s name or the Charlottesville scandal, but drew his only mid-speech applause by saying that “people of every race, religion and ethnicity can be fully and equally American. It means that bigotry or white supremacy in any form is blasphemy against the american creed.” You know, it would have been nice if Bush had made any effort to go after Obama instead of cuddling with him… he would have been much more credible on racism. 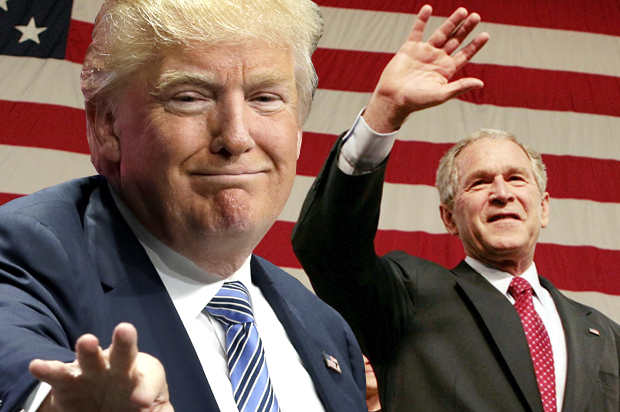 One of the things that really ticked me with Bush was his love of illegal immigration. “We’ve seen nationalism distorted into nativism, forgotten the dynamism that immigration has always brought to America,” Bush said. “We see a fading confidence in the value of free markets and international trade, forgetting that conflict, instability and poverty follow in the wake of protectionism.” And that was the knock at isolationism. All of this has the feel of sneakiness. That is beneath Bush and I am disappointed in him.

Bush continued: “We’ve seen the return of isolationist sentiments, forgetting that American security is directly threatened by the chaos and despair of distant places where threats such as terrorism, infectious disease, criminal gangs and drug trafficking tend to emerge.” He made his feelings clear, saying that “when we lose sight of our ideals, it is not democracy that has failed, it is the failure of those charged with preserving and protecting democracy.” Bush has mostly stayed out of the spotlight since Trump took office in January, but attended his inauguration and reportedly commented afterward: “That was some weird s**t.” I am not sure I believe he said that. Regardless, all of this makes me uneasy and angers me that one Republican would attack another Republican while letting a Marxist almost destroy this country.