I don’t think I have ever seen[1] a bigger narcissist than Donald Trump. He’s hands down the most arrogant, vain, vile person I have seen in a long, long time and that’s saying something. Now he’s calling himself ‘Wonderful Donald’. Where’s my barf bag? Geez, it’s nauseating. He keeps saying he wants to defeat Crooked Hillary and he disses Lyin’ Ted. Trump refuses to debate Ted Cruz head on… he doesn’t know the issues and he has shifted so much on them, he’s afraid of tripping himself up. If Trump loses in the general and possibly in the nomination, he’s saying he’s going to Scotland to play golf. Beat the rush, dude… just go. 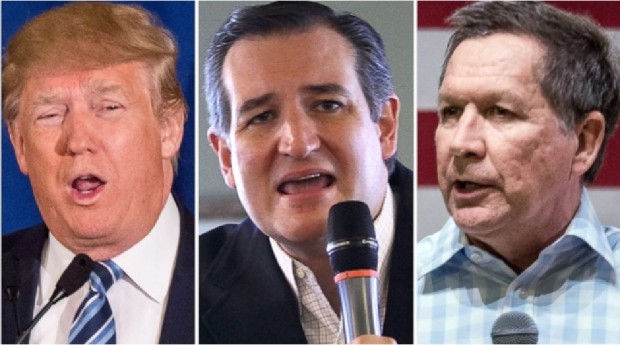 But “Wonderful Donald” is what he believes suits himself best. 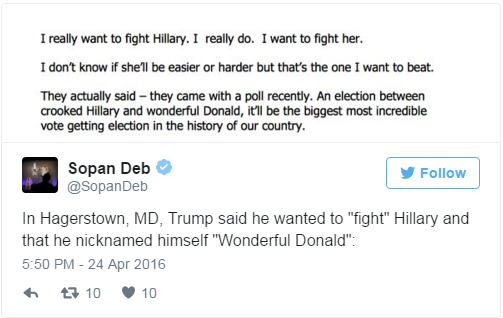 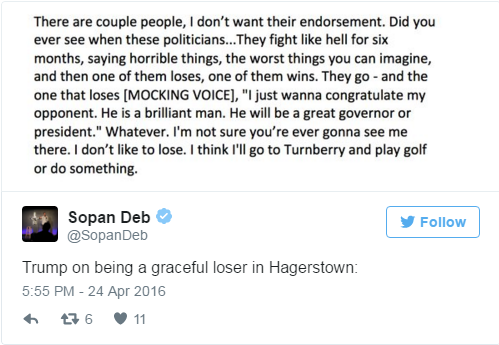 This is tantamount to taking his toys and going home if he doesn’t win. After all the lies and flip flopping, after all the nastiness and thuggery, I can’t believe America may choose this man as the Republican nominee. Millions will stay home and not vote if he does and Hillary will win. What really gets me is so-called conservatives are still rallying for a man who is pro-Obamacare, pro-path to citizenship, pro-transgender bathrooms, pro-eminent domain and pro-taxation. People have lost their minds. Scotland can have the guy as far as I’m concerned. 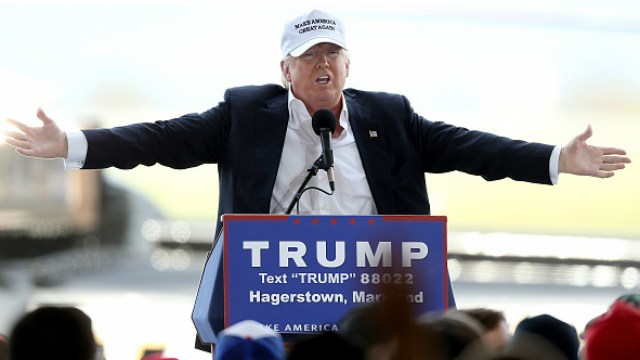