The immigration situation is tectonically shifting[1] here in the US thanks to President Trump’s efforts in that area. Now, a number of Republican states are making moves to cut off funding as well to sanctuary cities in their states. Among them are Texas, Idaho, Iowa, Michigan, Tennessee, Florida and North Carolina. A number of cities in liberal states are doubling down and adopting sanctuary status. They include New York City, Chicago, Philadelphia, New Orleans, Boston, Baltimore and Washington, DC. On top of this, immigration raids and arrests are now beginning in earnest.

There are hundreds of sanctuary cities here in the US and they better think long and hard about it. Trump is going to cut off federal funding to cities, states and universities that declare themselves safe zones for illegal aliens. Now, many governors and state legislatures are following suit. Given the choice of following the rule of law and placating liberals and illegal aliens, I would hope that politicians and law enforcement would choose the law. In a number of these states, such as Texas for instance, they are going even further to hold sheriffs, politicians, etc. accountable under the law. If they are convicted of breaking the law, they are subject to being removed from office. It’s a deadly serious game and Trump will win at this. 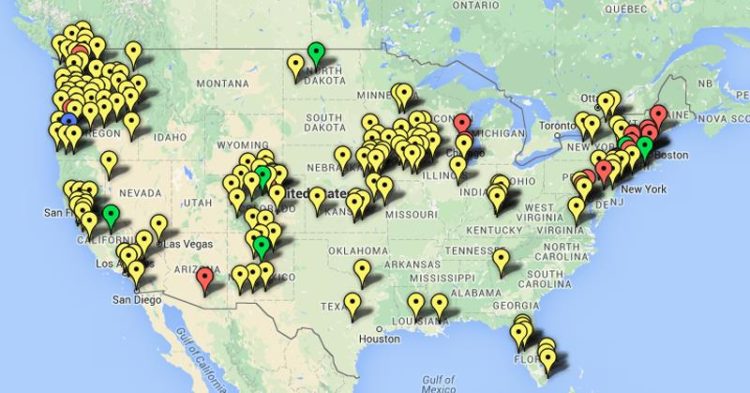 Lawmakers in Republican-controlled states are moving to prevent any “sanctuary city” nonsense within their borders.

The move coincides with President Donald Trump’s executive order blocking federal funding to any city that refuses to comply with U.S. immigration authorities.

Officially, local law enforcement are not required to comply with “hold” requests from Immigration and Customs enforcement. Those in favor of “sanctuary cities” say it builds trust between the community and law enforcement. Immigrants are more likely to report crime and interact with cops if they don’t fear deportation or questioning.

The new laws in these states would withhold state grant money to the jurisdictions if they don’t comply with federal law.

In Ohio, a proposal backed by state Treasurer Josh Mandel (R) — who is challenging Sen. Sherrod Brown (D) in 2018 (a devout Marxist) — would charge officials with a fourth-degree felony, punishable by up to 18 months in prison, if an undocumented immigrant is charged with a crime. Texas leads the pack here and this last week they passed a measure to block state funding to their sanctuary cities. The measure now moves to the state House of Representatives and if passed would go before Gov. Greg Abbott for approval. He will definitely sign it.

If these cities, states and universities insist on holding their ground and breaking the law, the funding they lose from the federal government and from their respective states, could very well bankrupt them. Schools will have to close and suddenly whole cities and states will be in a world of hurt… even more than they are now. None of this comes as a surprise, but it is definitely a wake-up call.