Yesterday was a rocky road[1] for companies that trashed President Trump. The Dow fell approximately 120 points when it was all said and done. That was after it slid 223.39. I heard certain media outlets blame Trump for it. They should be blaming the companies that are promoting open borders and unvetted refugees, not President Trump. The stock market is sheer fantasy to begin with. It is totally unpegged from reality and probably sooner than later, it is going to crash BIGLY. Probably on Trump’s watch. These companies put politics before economics when they came out and bashed Trump. Keeping our country safe is evidently not high on their priorities list.

They are hypocrites. You watch… if there is a big terrorist attack in America, then these same companies will literally line up to blame Trump, when they are the ones bringing death to America. It’s insane. I love Amazon. I do most of my shopping there and can’t say enough good things about them, but they are exceedingly screwed up in their stance against Trump. Apple and Starbucks don’t surprise me, but Amazon does and it is very disappointing. 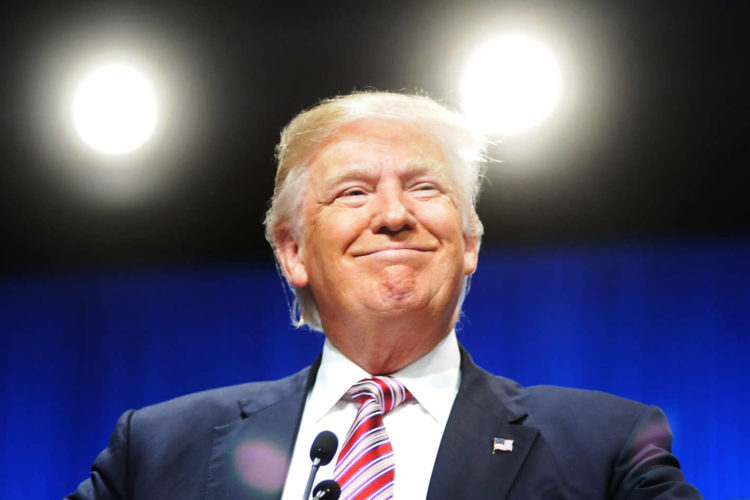 • Amazon.com (Nasdaq: AMZN) was down 0.83 percent. Amazon has big operations in the Phoenix area.                    Amazon CEO Jeff Bezos[3]
Bezos sent a memo to all of his employees stating, “This executive order is one we do not support,” and the memo listed several actions the company was taking to opposed the order. “We’re a nation of immigrants whose diverse backgrounds, ideas, and points of view have helped us build and invent as a nation for over 240 years…. It’s a distinctive competitive advantage for our country—one we should not weaken.”

• Apple (Nasdaq: AAPL) was down 0.23 percent, Apple reported strong earnings Tuesday afternoon. Its shares were up in after-hours trading. Apple has a big data center in Mesa.

• Starbucks (Nasdaq: SBUX) was down 1.22 percent closing at $55.22 per share, according to Google Finance. Starbucks has an education partnership with Arizona State University.

Starbucks [4]CEO Howard Schultz: “We are living in an unprecedented time,” Schultz said in a memo to Starbucks (SBUX) employees. He pledged to hire 10,000 refugees over five years in the 75 countries where Starbucks does business to “reinforce our belief in our partners around the world.”

Yesterday a huge #BoycottStarbucks campaign was started on Twitter and Facebook. Starbucks took a big hit in the stock market today:

And Elon Musk may be brilliant, but he is stone stupid when it comes to this.

Musk has built a multibillion-dollar fortune running companies that make electric cars, sell solar panels and launch rockets into space. But he would bring in Jihadists that wouldn’t hesitate to kill Americans and destroy the very things he holds dear. SMH. He’s built those companies with the help of billions in government subsidies. Tesla Motors Inc., SolarCity Corp. and Space Exploration Technologies Corp., known as SpaceX, together have benefited from an estimated $4.9 billion in government support, according to data compiled by the LA Times.

Other’s trashing Trump include Microsoft, MasterCard, Goldman Sachs, Chobani and Twitter. None of those should surprise you in the least. Here’s one that will though… Uber investor Chris Sacca offered to help the ACLU with any legal charges incurred in their fight against making America more secure. Well, maybe not. I understand that the taxi unions are now mostly Muslim, so maybe Uber will turn that way as well. Facebook, Netflix and Google are also against Trump. Again, no surprises there. Rounding it out are Nike, Ford, GE, Trip Advisor and Coca Cola. Sucks to be you guys. Keep it up… your stock will tank and your businesses will suffer. Trump won’t care. He’ll fix a lot of the damage from Obama and the progressives and you can cry into your shrinking portfolios while he does it. 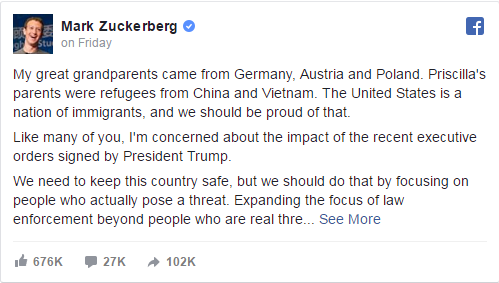 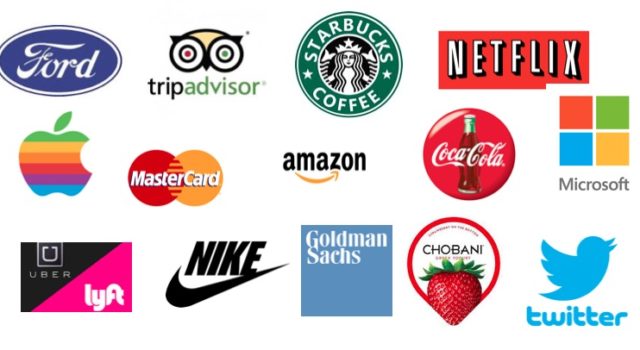