What a bunch of freaking hypocrites.[1] It turns out that a number of the members of the cast from ‘Hamilton’ haven’t voted in years. But they felt so offended and morally superior, that they had the nerve to call a Vice President-elect out in public when he hasn’t even taken office yet. These same arrogant, self-righteous actors had no problem with a stone cold Marxist for the last eight years and they approved of the Hildabeast and commie Sanders as well. It’s a good thing I’m not Mike Pence… I would have just turned heel and walked out.

They booed Pence on the way in and lectured him on the way out. Since these actors felt so compelled to go after Pence in such a rude fashion, RadarOnline[2] felt obliged to have a peek at their voting records. Unsurprisingly, they are great at lecturing, but not so much at carrying out their civic duty as voters. 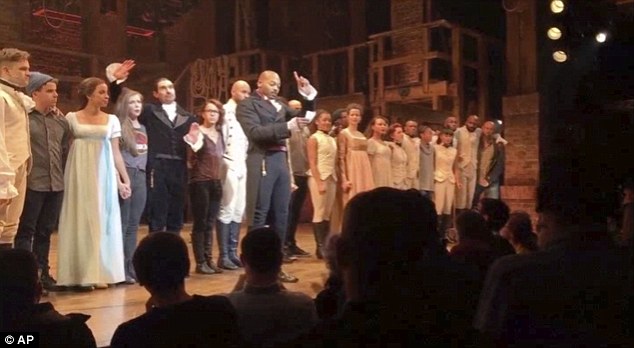 Some members of the cast of Hamilton, who delivered a message to Vice President-elect Mike Pence about their fears of the new administration, have abstained from voting for years, records show.

There are no records available for this year, so it’s unclear if the cast members voted in 2016, but years prior show many were absent on Election Day.

The Broadway smash hit players caused a controversy after Brandon Dixon, who plays Aaron Burr, read the message to Pence, who arrived on Friday to taken in the show with his family.

Audience members booed Pence as he entered the theater and after the cast’s curtain call, the statement was read.

‘We, sir, we are the diverse America who are alarmed and anxious that your new administration will not protect us, our planet, our children, our parents, or defend us and uphold our inalienable rights. We truly hope that this show has inspired you to uphold our American values and to work on behalf of all of us,’ Dixon said, reading the message aloud.

Dixon’s records show he didn’t vote during President Obama’s reelection bid in 2012. Javier Munoz, who plays the role of Hamilton, registered to vote in 2006 and voted in the mid-term elections, but hasn’t been on record as voting since. Seth Stewart, who plays Thomas Jefferson, voted in 2008 when Obama ran for the first time. He did not vote in 2012. Okieriete “Oak” Onaodowan, who plays James Madison and Hercules Mulligan, registered to vote in 2005, but hasn’t been on record voting since.

Since the clash with the Hamilton cast, Pence told Fox News he wasn’t offended by the message and said the booing ‘is what freedom sounds like’. But Donald Trump was offended and called them out on it, which I think is appropriate. I agree with Trump, they are highly over-rated and way out of line here. They have very little room to criticize Pence or Trump when they don’t even bother to vote. 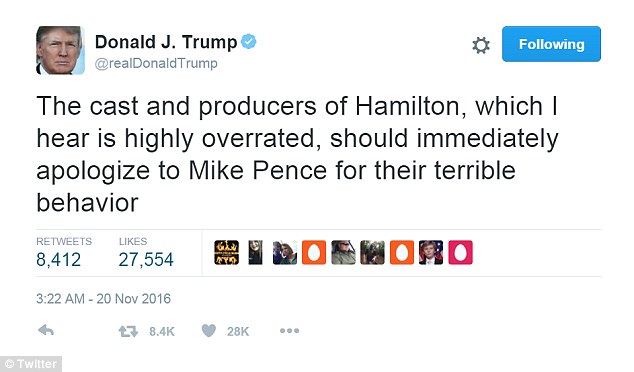 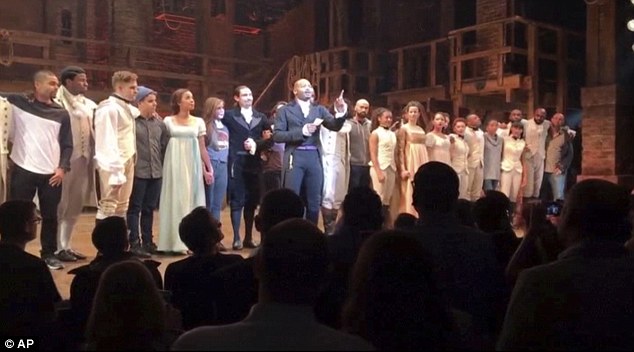 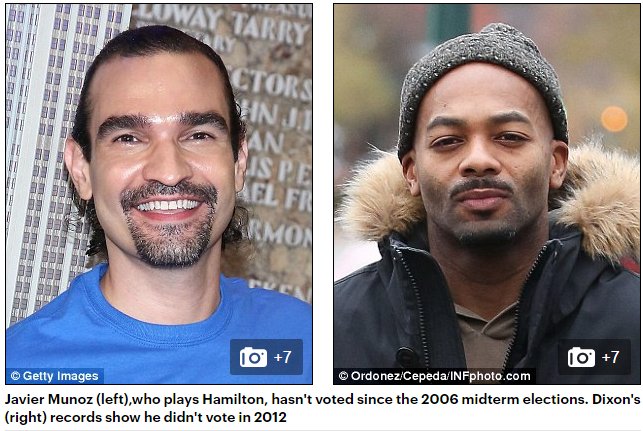 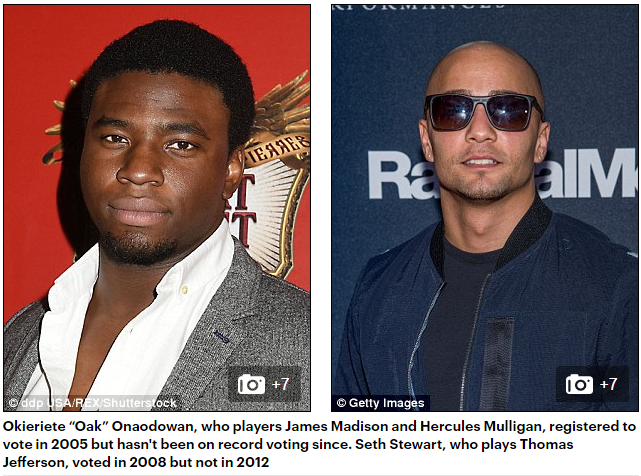