First off[1], Trump’s bringing the judge’s race into the equation is abhorrent. However, this judge is not clean either. He has connections to La Raza and he’s part of a firm who gave $675,000 to the Clintons for speeches. This whole mess with Trump and the judge is a squirrel as my friend Denise Simon puts it… the judge in question is in California where one case resides, there is also an additional lawsuit dealing with Trump University in New York with a different judge. And that is the one that we should be watching. What Trump did was textbook racism… but the judge he is sparring with is also a racist. La Raza is a radical Hispanic group that is looking to take back parts of the US for Mexico and they are also violent Marxists. 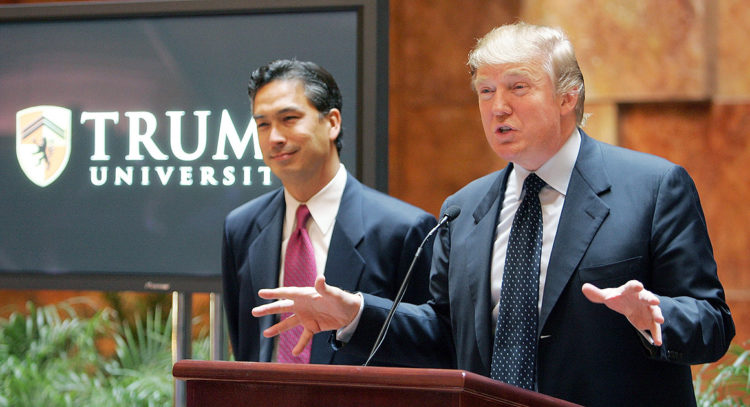 NEW YORK – The federal judge presiding over the Trump University class action lawsuit is a member of the San Diego La Raza Lawyers Association, a group that while not a branch of the National Council of La Raza, has ties to the controversial organization, which translates literally “The Race.”

U.S. District Judge Gonzalo Curiel, who has been criticized by Donald Trump as a “hater” appointed by President Obama who should be recused from the case, listed his membership in the “La Raza Lawyers of San Diego” on a judicial questionnaire he filled out when he was selected to be a federal judge. He was named in a brochure[3] as a member of the selection committee for the organization’s 2014 Annual Scholarship Fund Dinner & Gala. Meanwhile, the San-Diego based law firm representing the plaintiffs in the Trump University case, Robbins Geller Rudman & Dowd, was listed as a sponsor of the event.

WND reported the San Diego firm paid $675,000 to the Clintons for speeches[4], and the firm’s founder is a wealthy San Diego lawyer who served a two-year sentence[5] in federal prison for his role in a kickback scheme to mobilize plaintiffs for class-action lawsuits.

As awful as this judge is, it does not excuse Trump for calling him out for his Mexican heritage, or the fact that the Trump University deal is corrupt and Trump will be sued repeatedly for it. Trump going after the judge’s connections is deflection for his own actions. However, I will say this… Trump has a point that the judge should recuse himself. There is no way he can be unbiased… after all with his radical connections and being appointed by Obama, that is a no-brainer. I fault both sides and am equally disgusted all the way around here.