Lord save us[1] from celebrities who are dumber than a box of rocks. Chelsea Handler (who?) made a fool of herself calling President-elect Donald Trump out for not handling North Korea. The NoKos reportedly have enough plutonium for ten nukes. I guess she forgot that Barack Obama is still president and this all happened on his watch. I know… she can be excused for that since Obama himself seems to have forgotten he is president. And we all can be excused as well because I would bet there are many out there like me that do not even know who this 41 year-old woman is. Just sayin’.

Typical liberal… never hold Obama or Clinton responsible for anything. Try and blame it all on the Republicans. And as Trump comes into the White House look for that to ramp up. They’ll dig up every single thing that Obama has screwed up and try to pin it on Trump. Fail. I guess Handler had to walk it back because she looked like such a partisan idiot, but if it wasn’t her, it would be some other clueless celebrity. It’s monotonous and predictable. 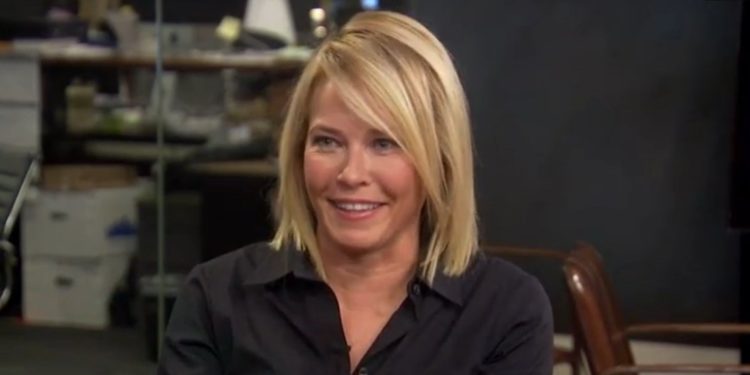 Chelsea Handler was forced to eat some humble pie Thursday when she tweeted about Donald Trump not handling a North Korean threat.

The star of “Chelsea” on Netflix said the president-elect was tweeting about L.L. Bean[3] when  a report was released claiming North Korea now has “enough plutonium to make 10 nukes.”

Apparently she doesn’t know who the president has been for the past eight years while North Korea built this arsenal.

Social media was quick to remind her. 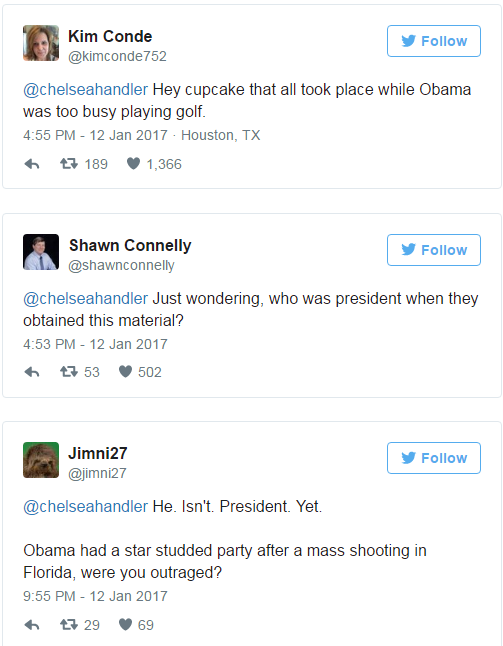 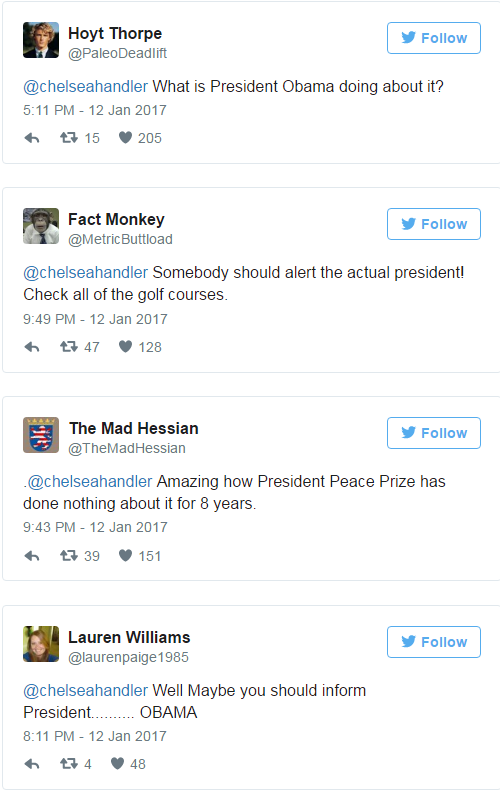 Conservative investigative reporter Michlle Malkin couldn’t resist taking a shot either. And who could blame her? 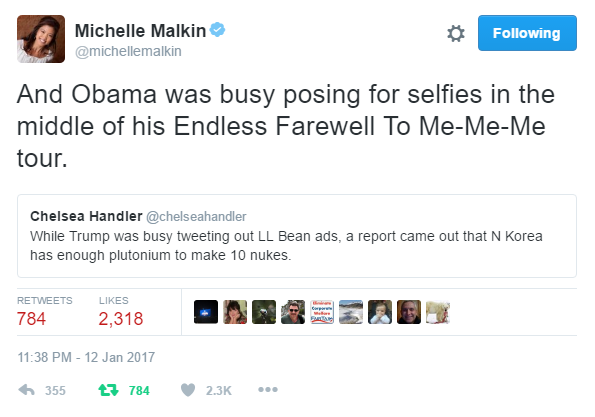 Rosie O’Donnell was probably jealous of all the attention so while arguing with someone online she added her idea on what to do to delay Trump’s Inauguration…insert a random GOP senator into the presidential office while Trump is investigated.

Of course Trump was tweeting about L.L. Bean… because one board member of the company gave $30,000 of her own damned money to a Trump PAC in Maine, liberals everywhere are calling for a boycott on the company, saying she should be removed from the board. Linda Bean’s grandfather gave her stock in the family company when she was born. The company does not endorse any political candidate. But Linda has every right to support who she personally wants to. I know this just made my family a customer of L.L. Bean. All these fascists just tick me off. Hubby is buying boots tonight, so they can get stuffed.

As for North Korea, that has been a ticking time bomb since at least Clinton’s time in office. If you want someone to blame for not handling the Hermit Kingdom when they should have been dealt with long ago, first look at Bill Clinton and then Barack Obama. I’m sure they are both on a golf course somewhere teeing off. Clinton could also be busy with some bimbo, while Obama takes selfies and falls further in love with himself. Don’t worry cupcake… when Mad Dog Mattis finishes settling in as Secretary of Defense, I’m sure he’ll spend some quality time with the North Koreans.