There was a time[1] that a politician’s children were a no-go zone… they were off limits. Those days don’t come back. The left has viciously gone after Donald Trump’s children and grandchildren. It is just vile. Their latest target is Donald Trump Jr.’s littlest one… Chloe. She is an adorable and beautifully innocent child. Her proud daddy took a pic of her with a Sesame Street Ernie hat on. Just precious. And you know what the response from the left was? That her evil grandfather cut Bert and Ernie off and that he would soon be impeached and in jail. These aren’t people, they are just demons straight out of hell.

Someone needs to tell these idiots that PBS no longer owns Sesame Street. HBO does. They are ticked that the National Endowment of the Arts and entities like PBS are about to get their funds cut off, as they should. I’m not a fan of welfare for the wealthy. If someone had attacked Obama’s girls or Biden’s grandchildren this way, there would have been holy heck to pay. But going after a pretty little toddler with the last name of Trump? That’s totally okay with these thugs. 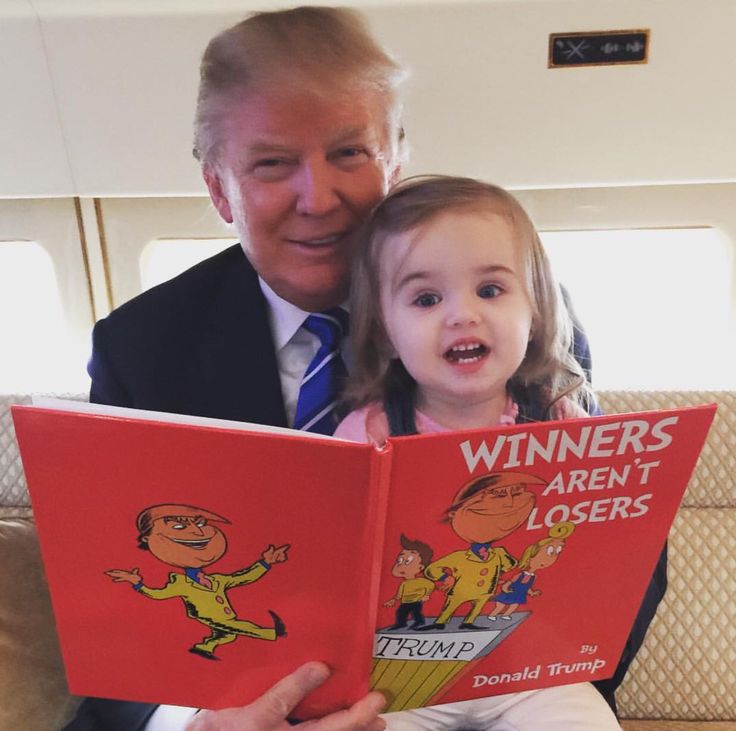 Donald Trump Jr. posted a darling photo of his two-year-old daughter, Chloe, in an Ernie hat.

Oh Chloe!!! Always the cutest. Hardest thing in the world is to not spoil the last of my little monsters. #family[4] #familytime[5] #kid[6] #time[7] pic.twitter.com/SbZsZjGLd0[8]

A reminder from Trump Jr. that it’s important to make time for family and that family is key.

How DARE he, right?

The Left, so enraged by a sweet toddler wearing an Ernie hat, attacked the little girl and her dad. Keep it classy, Lefties.

They are so desperate and anxious to use any means necessary to attack Trump, they go after his son and his granddaughter who isn’t even three years old yet.

And these people wonder why they lost.

The entire Trump clan is just downright photogenic and Chloe is just gorgeous. Her father loves her to pieces, just as he should and so does her grandfather, who just happens to be President of the United States and a Republican. The left is never going to get over losing the election because of Hillary Clinton. Anyone on Trump’s side is fair game in their book.

I have to tell you, I’m sickened by the hate on both sides. Everyone needs to get a grip and knock it off. How can you possibly be offended by a toddler in an Ernie hat? What’s wrong with all of you? And by saying she was his last little monster, her daddy obviously was referring to her being the youngest. That is not an ad for family planning.

Geez… you people need professional help. Instead of focusing on real issues threatening us, the left is obsessed with all things Trump. Liberalism is definitely a mental disorder.

she is adorable too bad she is a Trump, her legacy will be Your grandfather was impeached in his 1st yr in office

[email protected][12] did you really put up a photo of your kid in Sesame Street merchandise while your daddy wants to defund PBS?

isn't it interesting that she is your last? Which implies u benefit from family planning. Why do u support cutting funding?