Huffington Post Laments That One Year in, ‘Trump Is Winning’

All of the crying, safe-space demanding, hyperventilating and hand-wringing that has occurred in the liberal media since Trump’s election is so delicious that it just HAS to be fattening. But the cherry on top of this particular sundae is an article penned for the Huffington Post by a fellow named Earl Ofari Hutchinson entitled “Sadly, Trump Is Winning.”

Democrats and liberals specifically don’t see Trump winning as a win for America, but a win for everything they hate, like straight, white, Christian males, religion, capitalism and more. The fact that they have to admit that Trump is “winning” is enough to make them faint, but the fact that he is pushing conservative views may very well land them in the ICU. 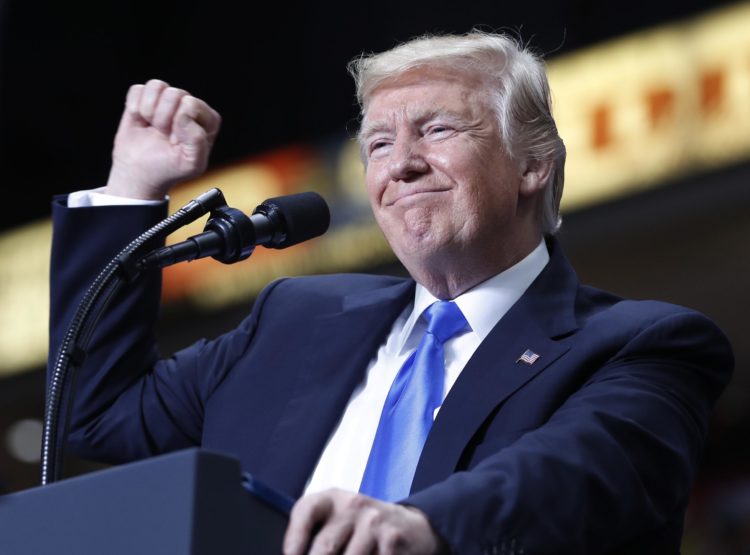 “This is one of the hardest things I’ve ever had to write and admit: Trump is winning,” begins the piece, indicating that you’re in for one heck of an emotional roller coaster if you’re on the left. If you’re on the right, this is about where you pause, go make some popcorn, then drop back in.

I’m still waiting for the part that makes this “hard to write.” Maybe if we continue?

“He switched gears and backed alleged pedophile Alabama judge Roy Moore in the Alabama Senate race, who almost certainly will win. […] He got another sweet perk when Senate Democrats turned with a vengeance on Minnesota Senator Al Franken and virtually ordered him out of office. His subsequent resignation got rid of a pesky thorn for Trump. Franken had a big voice, lots of name recognition and popularity, and was not afraid to take shots at Trump.”

Okay, let’s be honest here, the Democrat Party didn’t want to get rid of Franken, but had to in order to save face and maintain their label of being the pro-woman party. That alone should tell you everything you need to know about the Dems.

The article then continued to list what the author believes to be Trump’s biggest win, broken down into three points. The GOP, which “needs him,” the “continuing love fest that his devout base has with him” and the media. Despite their hatred for Trump, the media needs him. His Presidency is a ratings bonanza, as people from around the nation tune in to see what he’s done today, be it because they hate him, or love him.

Trump is using all of these things to his advantage and it all equals one big win for him, which the left can’t stand. That alone is worth another term.