HUGE! Trump’s Latest Endorsement Is A Slap To The Face For Hillary – Karma Has Arrived!

I’m not surprised by this[1] and it is a very big endorsement for Donald Trump. After Hillary Clinton told coal miners and plants that she was going to put them out of work and business, she shouldn’t be surprised by this either. The West Virginia Coal Association is now endorsing Donald Trump. This comes just days before West Virginia’s primary. They are choosing to believe Trump’s promises… I hope they are not bitterly disappointed by them. Pathological liars tend to not keep their word. We’ll see. They know for certain what Clinton will do to them. They chose what they saw as the lesser of two evils. 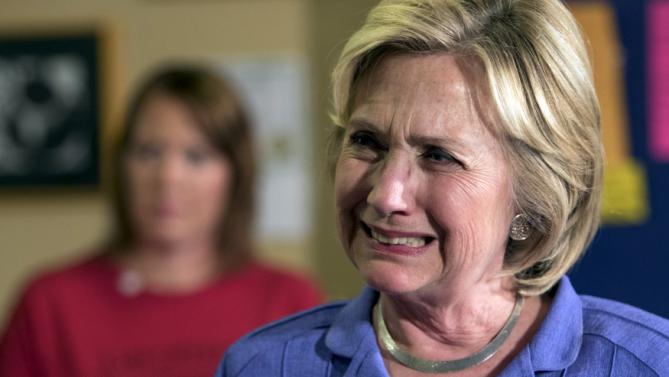 The West Virginia Coal Association is putting its weight behind Donald Trump for president.

“Trump has said he will reverse the Democratic regulatory assault that has cost the coal industry more than 40 percent of our production and jobs since 2008,” Bill Raney, the group’s president, said in a statement.

“In contrast, Hillary Clinton’s proposals essentially double-down on the job killing Obama policies,” he said. “West Virginia can’t afford that and neither can the nation.”

Trump was in West Virginia yesterday and is just basking in all this. Donning a miner’s hard hat on the stage, The Donald addressed a screaming audience who wanted to hear about how he plans to stop the war on coal and Clinton’s plans to “put them out of business.” “TRUMP DIGS COAL,” signs were scattered through Charleston Civic Center Thursday evening. One day after becoming the presumptive Republican nominee, Trump made his first campaign stop in the Mountain State, with a targeted message geared towards miners and the coal industry. “I am thinking about the miners all over this country. We’re going to put the miners back to work,” Trump said, calling on the miners who were in the crowd of thousands to stand up. “We are going to get those mines open. Oh, coal country. What they have done.” West Virginia used to be a Democratic stronghold, but no more as a populist on the right is sweeping the state. As Hot Air put it, “But this is much less a question of energy policy than it is a battle of blatant politicking. Clinton stuck her foot in it on this one and Trump is clearly moving to reap the benefits.” Never let a crisis go to waste.