Hugh Hewitt: Conservatives Have A Lot To Celebrate In Trump’s 100 Days 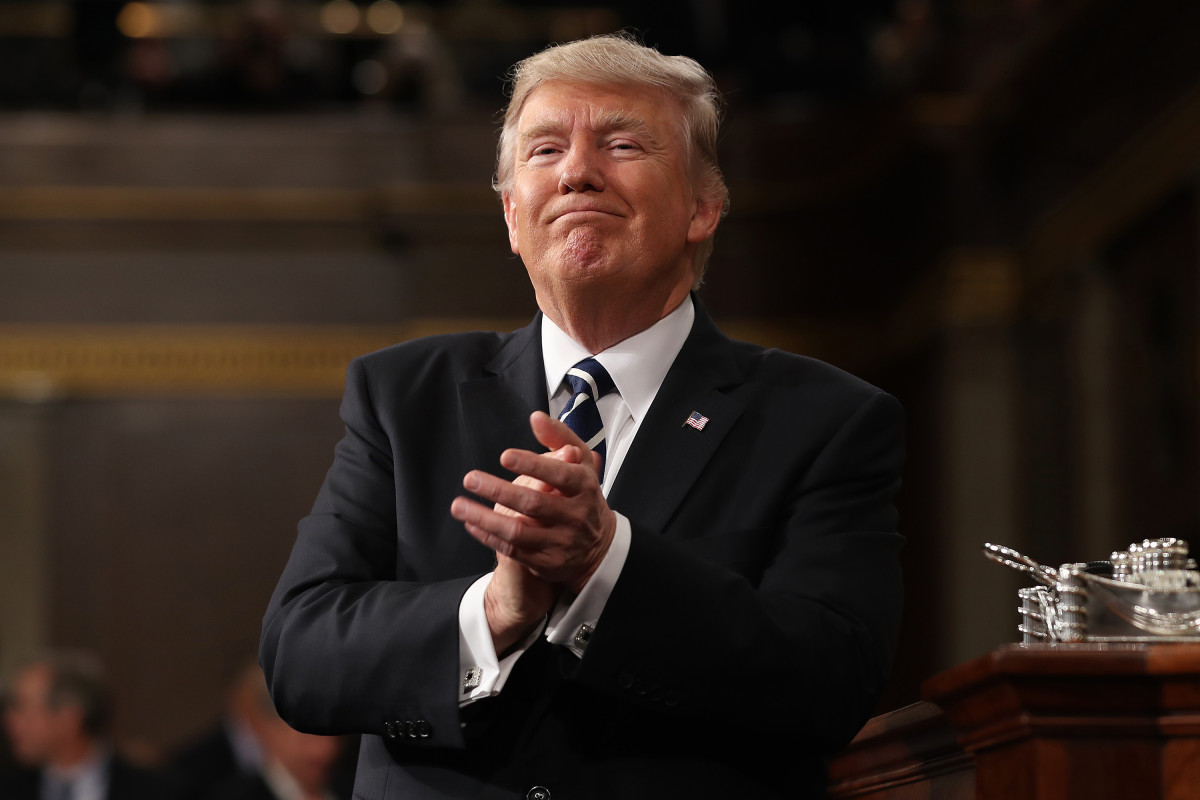 Leftist media outlets have been pushing the meme that Trump failed in his first 100 days for weeks now. You can’t go a day at most without seeing several articles (thinly veiled opinion pieces) and opinion pieces on the subject. Now comes Hugh Hewitt, who was originally dead set against Donald Trump, until it became inevitable that he would be the GOP nominee, then started making the argument that, regardless of Trump’s beliefs (Conservative Review[2] writer Steve Deace slammed Trump as a Typical NYC liberal in a seemingly now pulled article, which I have saved in Pocket if you want to read it), that if there is one reason to vote Trump for conservatives, it is the Supreme Court. Certainly, it was better to take the chance on Trump than give Hillary Clinton the picks for the court, right?

Sea change. An enormous one. That’s the only way to understand President Trump’s first 100 days — as a breaking from and often a breaking of the Obama presidency, one every bit as turbulent as what’s encountered by a sailing ship going from calm seas into a hurricane.

Trump’s first 50 days were a jumble of ups and downs, mostly downs. But beginning with the flawless testimony of Neil M. Gorsuch to the Senate Judiciary Committee and his subsequent confirmation under rules that will speed the way for future Supreme Court nominees, the Trump turnaround began and gained an almost uninterrupted momentum. The president’s directive to strike Syria after it apparently rained sarin poison on babies and toddlers was a defining moment, reinforced by using the “mother of all bombs” in Afghanistan and dispatching an armada of weaponry toward North Korea (no matter how indirect a route the ships took to arrive there).

If there is one thing to celebrate, one big thing, it’s that one. Justice Gorsuch is certainly light years better than anyone Obama or Hillary would have put on the Court. Of course, time will tell when he starts making rulings.

Showing strength internationally upset some on the Trump train, and certainly the liberal anti-war folks who were missing over the last 8 years, but, the crazies around the world respond to strength. Obama certainly had his own use of military power, but, it almost seemed apologetic. Trump did it with strength and bluster, and he has the strength to back up the bluster again.

Hewitt goes on to mention the passage of the Congressional Review Act, which is a pretty big deal, and will help reign in the regulatory state, along with a pretty Conservative leaning cast of characters. Just at the top, think of the job former S.C. governor Nikki Haley is doing, being an unapologetic defender of the United States as our ambassador to the America hating United Nations.

He does go on to note a few unforced errors, such as the immigration order on visitors from countries which export Islamic extremism, going after the “so-called judge’, refusing to release the White House logs, and a few others.

Trump’s most significant setback — the collapse of the repeal and replacement of Obamacare — is not yet a conclusive defeat. And a spate of executive orders has set the stage for regulatory relief across the federal government. Could Trump have done better? Of course. But what he has done is without question of historic and lasting impact.

He’s right in that there is time to deal with Ocare. Will he, and the GOP controlled Congress, have the will to do it? Will they push the right plan? He could have done more, such as an executive order whacking the contraception mandate and others which were enacted by HHS which never went through full rulemaking process, but, remember, he did tell the IRS to disregard going after people who didn’t have insurance.

One thing Hewitt doesn’t mention is Trump’s push on illegal immigration. There may be no wall going up anytime soon, but, his threats and unleashing of ICE has reduced the flow of illegals, and is seeing plenty of illegals detained and deported. He’s appointed lots more judges to adjudicate deportation cases quicker. He’s put sanctuary cities on notice.

His record on ‘climate change’ is mixed. He still has time, though.

If anything, remember Justice Gorsuch. That’s one that will last for quite some time.