Liberals always like to use the argument that “you can only be pro-life if you plan to adopt the unwanted children.” When confronted with their own logic, however, they quail under the heat.

It would be more entertaining to watch if it wasn’t just so sad. 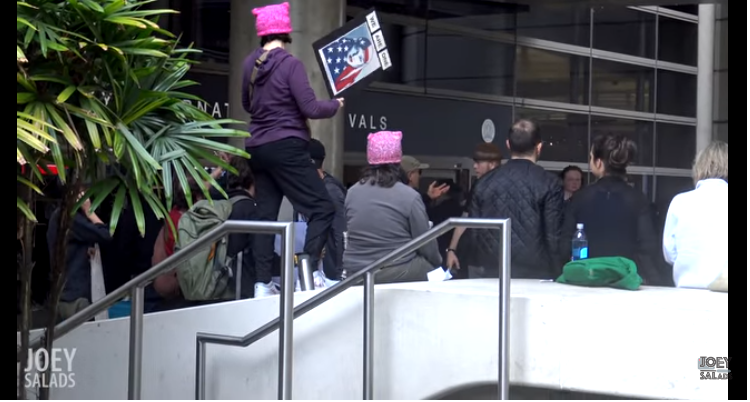 Video prankster Joey Salads wanted to find out what would happen if he approached leftists protesting President Donald Trump’s travel ban and asked them to take in some refugees.

So he went to Los Angeles International Airport, posing as a leftist with a “Feel The Bern” T-shirt and hipster glasses.

He asked them would they be able to donate or help by taking someone into their homes?

As he asks each one, they each have an excuse as to why they can’t help.

From “I live with a Trump supporter” to “I have no space,” no one is willing to put up, to match what they say they believe.

They’re willing for you to have to pony up money or take refugees into your town, just not their own home.

This doesn’t come as a surprise to anyone who has witnessed the hypocrisy of the left before, but it is perfect to use in the abortion argument mentioned above.