If Trump is just like Hitler, then so is Jimmy Carter

Most would not draw a comparison between Trump, Hitler, and Jimmy Carter. But apparently liberals forgot about this little gem that Carter takes full responsibility for. Who’s really the bad guy here?[1] 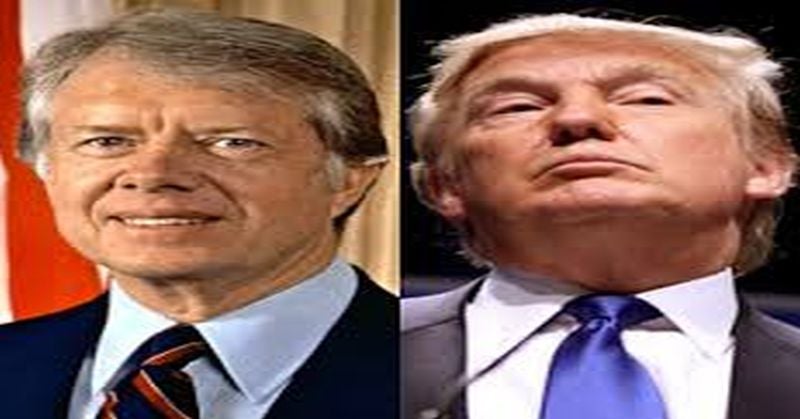 Trump is a monster, a madman and a vile racist. He’s just like Hitler. Or Jimmy Carter.

During the Iranian hostage crisis, Carter issued a number of orders to put pressure on Iran. Among these, Iranians were banned from entering the United States unless they oppose the Shiite Islamist regime or had a medical emergency.

Fourth, the Secretary of Treasury [State] and the Attorney General will invalidate all visas issued to Iranian citizens for future entry into the United States, effective today. We will not reissue visas, nor will we issue new visas, except for compelling and proven humanitarian reasons or where the national interest of our own country requires. This directive will be interpreted very strictly.

Apparently barring people from a terrorist country is not against “our values” after all. It may even be “who we are”. Either that or Carter was a racist monster just like Trump.

Meanwhile here’s how the Iranian students in the US were treated.

In November 1979, the Attorney General had given all Iranian students one month to report to the local immigration office. Around 7,000 were found in violation of their visas. Around 15,000 Iranians were forced to leave the US.

Meanwhile any Iranians entering the US were forced to undergo secondary screening.

Interestingly enough, Carter did this by invoking the Nationality Act of 1952[4]. A law originally opposed by Democrats for its attempt to restrict Communist immigration to the United States.

“If this oasis of the world should be overrun, perverted, contaminated, or destroyed, then the last flickering light of humanity will be extinguished,” Senator McCarran said of the law. He was a Democrat.

Now unlike Muslims, Iranians were not necessarily supportive of Islamic terrorism. Many were and are opponents of it. Khomeini didn’t represent Iran as a country, but his Islamist allies. So Trump’s proposal is far more legitimate than Carter’s action. Carter targeted people by nationality. Trump’s proposal does so by ideology.

Classifying Iranians as a group is closer to racism than classifying people by a racist supremacist ideology that calls for the mass murder and enslavement of non-Muslims, as ISIS is doing today.

One of the neater subsets of the 1952 Act barred the entry of, “(11) Aliens who are polygamists or who practice polygamy or advocate the practice of polygamy.”

But let’s not focus on that, for pete’s sake. He’s one of the liberal crowd, and we all know that they are free from wrongdoing of any sort. This is just a typical liberal smoke and mirrors. They can yell and scream all they want, but the fact remains that this is classic pot calling the kettle black.

Nice try, guys. Not this time.