Excuse me?[1] I don’t see how a ‘doctor’ can diagnose President Trump without ever meeting him or talking to anyone he knows. That’s insane all by itself. So, most of Hollywood and the media call Trump nuts because he doesn’t agree with them and label him a danger to the nation… that’s self-serving hypocrisy. President Trump is not psychotic. He’s not killing people and he’s not dooming us. They think he’s crazy because he isn’t all in on Obamacare, Planned Butcherhood, taxation and everything else Obama loves.

This bozo calls Trump a “malignant narcissist.” I think he is confused… that was Barack Obama and this guy didn’t seem to have a problem with him at all. Jesse Watters let the guy have it, just as he should have. Predictably, Dr. John Gartner is from Yale. He sideways calls Trump a liar and a racist. And then he throws the Hitler card… yeah, he went there. What a putz. 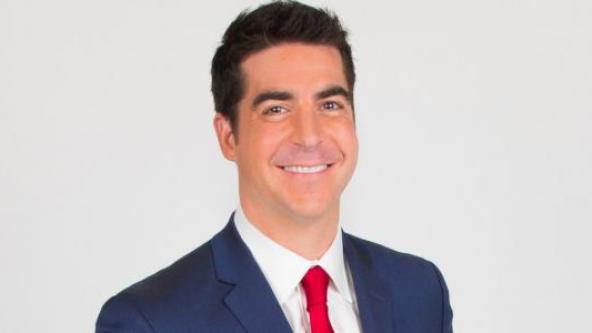 The media aren’t the only ones questioning the mental health of President Trump.

Jesse Watters takes on Yale’s Dr. John Gartner who defends his claim that Donald Trump is psychotic, calling him a “malignant narcissist”.

Mr. Gartner calls Trump a liar, without really naming any lies, a racist without providing any evidence and of course, he draws the standard liberal comparison between President Trump and Adolf Hitler.

Watch Watters hold Gartner accountable for his mental illness diagnosis of a man he has never personally evaluated.

The good doctor based his diagnosis on reports from liberals who have watched Trump and hate him with a white hot hatred. Second and third-hand reports that is. He turned to ‘biographers’, one of which I can think of has stalked Trump for twenty years or so and hates him because Trump doesn’t cuddle with him. Not a very credible source. He diagnoses the President as mentally unstable and unfit to serve.

Gartner actually diagnosed Trump as psychotic through his tweets. He’s writing a book on it. Go figure. He says Trump is either delusional or a psychopathic liar. I suggest Gartner find a mirror somewhere and fast, because he just diagnosed himself. He goes off on Trump exaggerating his crowd size… anyone remember Hillary talking about the huge crowds she had, while they roped off empty arenas? Come on! Watters correctly nails him on Obama claiming the sea levels would go down as well. It’s all BS politics and they know it.

This guy is full of crap. Seriously. If someone looks hard enough they can find an expert to say just about anything and this guy has a book deal in the wind. Watters eviscerated him and did a great job of it.