John McCain is certainly not OK with this torture method, but Donald Trump loves it

John McCain is seriously off his meds.[1] I get that he doesn’t approve of torture after what he went through in Vietnam. But challenging Donald Trump over it isn’t going to work. There is a time and a place where enhanced interrogation techniques are called for. War is where you kill people, break things and then go home. Our enemies sure as heck torture our soldiers. And on our side, if American lives depend on it… well, then you don’t always get what you want… but sometimes, you get what you need. Trump is in favor of waterboarding and enhanced interrogation techniques when our military leaders think it is called for. Last time I looked, he was our Commander-in-Chief and McCain wasn’t.

At 80 years-old, McCain heads up the powerful Armed Services Committee. I guess he thinks he therefore has some say there. But again, he’s not the President, so I kind of doubt his protest will win out over the mandates of the President. If Trump decides that is what is needed to defeat our enemies, as Commander-in-Chief, he’ll get it done.

We all know that McCain is a glorified liberal in Republican clothing. He’s a Progressive RINO. I don’t know how he keeps getting elected. I have family in Arizona and everyone I know there hates the guy. He should have retired long ago. When McCain told an audience, “I don’t give a damn what the President of the United States wants to do… We will not waterboard,” they applauded the guy. These people know nothing of the military or war. 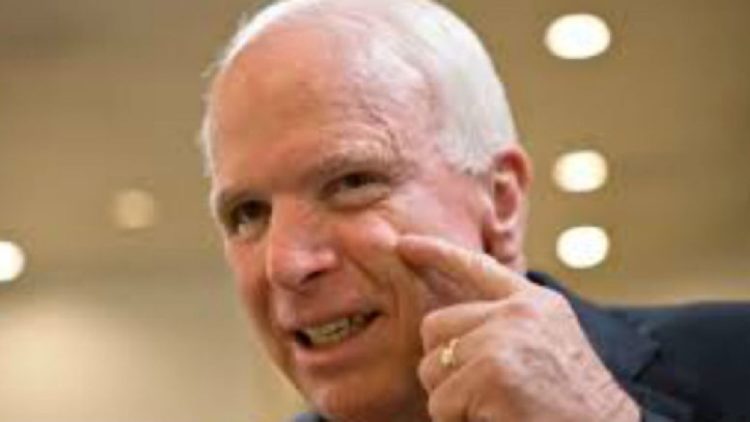 During the presidential campaign, then-Republican candidate Donald Trump said repeatedly that he would bring back enhanced interrogation techniques like waterboarding to be used against terrorists and enemies of America when the nation’s security was at risk.

However, RINO Senator John McCain, ﻿80, chairman of the Armed Services Committee, said Saturday that he doesn’t care what President-elect Trump wants and that waterboarding or other similarly strong interrogation techniques won’t be reinstated.

It is the height of arrogance to demand your way with an incoming President. All McCain is going to do is tick off Trump. John McCain should be ashamed at showing such disrespect to President Trump. His legendary temper has gotten the better of him yet again. Frankly, I support waterboarding if it saves lives. You don’t win a war by hugging your enemies to death. That’s why we have a military and intelligence agencies. They do what they have to in order to keep us safe.

This asshat also supports the now defunct TPP and NAFTA, which Trump is about to renegotiate with Mexico and Canada. McCain’s liberal stances are not going to go anywhere during this administration. He is just making a fool of himself rather than affecting current and future policy. He’s acting like he’s a tough guy. I guarantee you he is not as tough as Trump is.

Ex-CIA chief Jose Rodriguez has defended the practice as working on al Qaeda detainees questioned after 9/11, like Khalid Sheik Mohammed. John McCain has now said publicly that anyone who says waterboarding works is a liar. Spoken like a true weak-kneed RINO. McCain may have been a warrior at one time, but he lost that long ago. War is coming and we don’t need the likes of John McCain getting more of our soldiers killed out there. He needs to get over his ego and work with the President-elect, not tell him what to do. 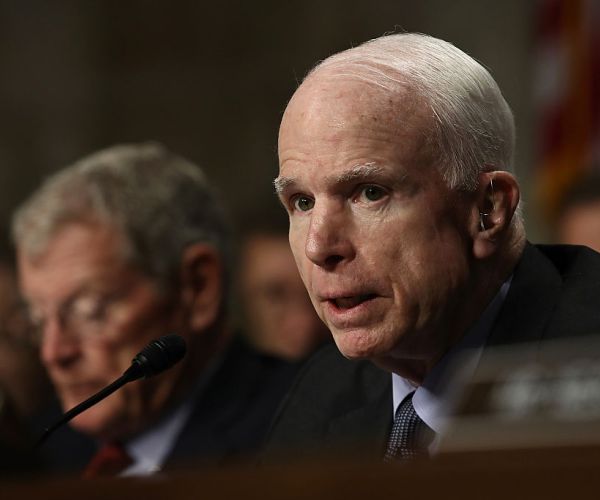