John McCain Said He Was Against Obama’s #DACA Executive Order, But Attacks Trump For Ending It

We all know John McCain is a Democrat in a Republican hat, but the more he opens his unimaginably moronic pie hole, the more people want to punch him in his Mr. Potato Head-looking face.

Despite his claims that he didn’t support President Obama’s Executive Order (DACA,) he is now criticizing Trump for putting an end to it. He has either forgotten what side of the aisle he is supporting this week, or he’s been so confused by why his liberal puppet masters are trying to get him to do that he is just throwing things at the wall to see if they’ll stick.

Either way, the fact that he has a permanent spot on the fence doesn’t inspire a lot of confidence in the people who elected Republicans to get things done. 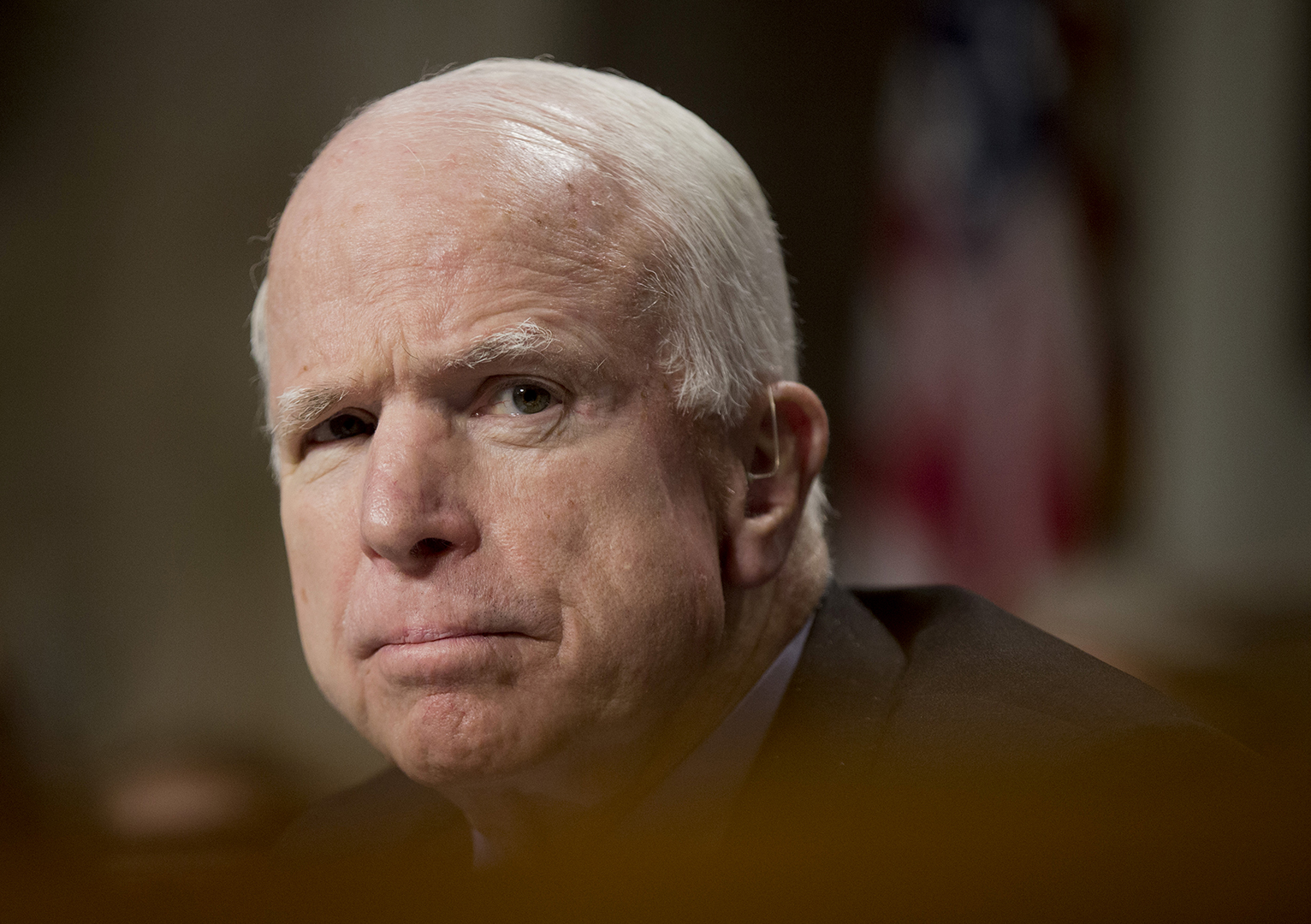 In a statement about Obama’s use of executive order to push his immigration agenda, McCain said that the “executive fiat” hurts his ability to work with Republican members of Congress in the interest of immigration reform, which is something that most if not all of us can agree with. How can you expect someone to help you if you are just going to go over their heads when you don’t like their opinions?

“The President’s unilateral action announced today fails to address the root causes of the dysfunction in our immigration system, including an insecure border, the absence of a rational, efficient guest worker program to meet America’s urgent labor needs, and a broken system for legal immigration, which fails those around the world who seek the American dream by actually following our laws,” McCain said in 2014 regarding deportation relief that would affect as many as 4.4 million illegal immigrants.

#Immigration[2] should be debated & decided by the reps of the people, not executive fiat. My stmt on #ExecutiveAction[3]: http://t.co/YV0bPpY00f[4]

All of this sounds well and good, and even constitutional to a degree, which is not something that we’ve come to expect from McCain. Of course, this is what he said three years ago.

Now he’s singing a different tune completely and is blasting Trump for proposing DACA’s removal, given its illegal nature. Is he so dedicated to carrying the water of the left that he is willing to risk looking like the world’s biggest ass?

“I strongly believe that children who were illegally brought into this country through no fault of their own should not be forced to return to a country they do not know,” McCain said, calling Trump’s removal of Obama’s “executive fiat” “the wrong approach.”

“The 800,000 innocent young people granted deferred action under DACA over the last several years are pursuing degrees, starting careers and contributing to our communities in important ways,” he said in direct contrast to what he spouted in 2014.

My goodness this guy is an idiot. When is he going to retire? I will bake a cake for the entire country on that day.