I certainly don’t support Donald Trump, but Judge Jeanine has a point here[1]. I don’t usually listen to her now because she’s so in the tank for Trump, but all these women coming forward against Trump from 30 years ago through today is way more than suspect… it’s downright convenient. It’s the same crap they pulled on Bill Cosby when he said something the Left didn’t like. Sure, Cosby is guilty and I suspect that Trump is guilty of some of this as well. But the media holding this evidence for decades until they need it to defeat someone is just vile and evil.

Someone who comes forward after 30 years, lacks credibility to say the least. And the timing against the WikiLeaks dump couldn’t be any more obvious. Look, this is what the Clintons do. They fight dirty and then try to act as if they have the moral high ground which is just obscene after Bill Clinton’s actions as well as Hillary’s. 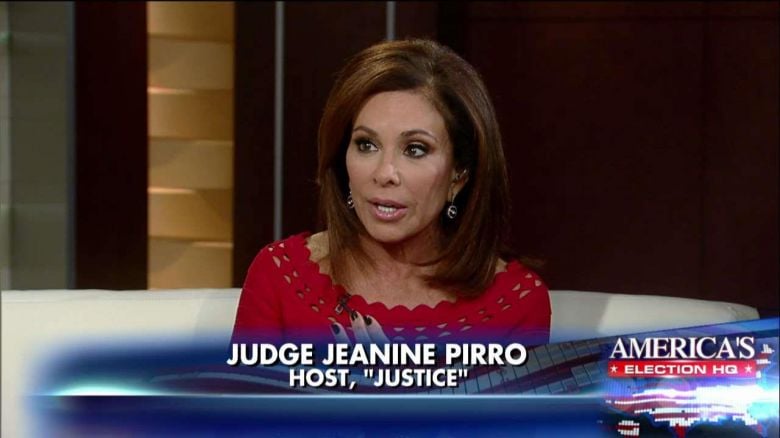 The Democrats’ and mainstream media’s blizzard of sexual accusations against Republican presidential nominee Donald Trump is getting stronger every day, right at a time when fully investigating and responding to the allegations would be very tough for Team Trump with only weeks before the election. The former judge and prosecutor took to “Fox & Friends” Friday to explain why she finds the whole affair just a little too “convenient” for Hillary Clinton’s presidential campaign.

“You know what? It’s a little too convenient, all of the sudden, all these people, all in one day, on the day when WikiLeaks starts coming out … Look, you’ve got the mainstream media in cahoots with the Clinton campaign.

“I always respected the media, they’re supposed to be the Fourth Estate. They’re the people who keep us honest. No, they don’t. They want Clinton elected, and don’t want to do anything else.”

That this recent rash of anti-Trump allegations is “convenient” is putting it mildly.

Yet it’s only now, in the second week of October, with a November presidential election less than a month away, that years-old, and even decades-old accusations are coming out? Packaged and promoted by a left-loving newspaper that’s made no bones about its willingness to suspend the rules of good journalism[4] in order to deafeat the GOP nominee.

Trump is also not helping himself here.[5] His campaign just did one of the dumbest things I have ever seen and that takes some doing. Mike Pence came out yesterday and claimed that Trump had evidence all of the accusations by these women is a lie. That’s a severe stretch. Trump produced one witness… Anthony Gilberthorpe, who said he was on the flight with Jessica Leads (one of the accusers) and Donald Trump. He went on to say that he has a photographic memory and was sitting across from them. He said Leeds came on hard to Donald, not the other way around. I doubt that in the extreme.

Anthony, who has a photographic memory, strangely can’t recall the year of the flight or any other details. And this guy is a real winner. He had claimed that he arranged some potentially underage boys to attend sex parties with British politicians. The guy is also an unabashed liar. Bad choice for a character witness guys.

So, yep… Trump was entrapped by the liberals. He walked right into it. I will actually believe the charges when I see proof, since this is their standard operating procedure when they want to get rid of someone and they are desperate for Clinton to get into the White House. But it doesn’t mean Trump is innocent here. I have no doubt in my mind that he crossed the line. Trump is boorish and just uncouth. I’m just old-fashioned that way and want proof.