Just 87 Days into Trump’s Presidency, No One Thought THIS Would Happen

Donald Trump has been cracking down on illegal immigration since taking office in January. He promised during the campaign to build a border wall, and be tough on illegal immigrants, and while the wall is still a question mark, he has gotten tough as promised. But that may have had unintended consequences[1]. 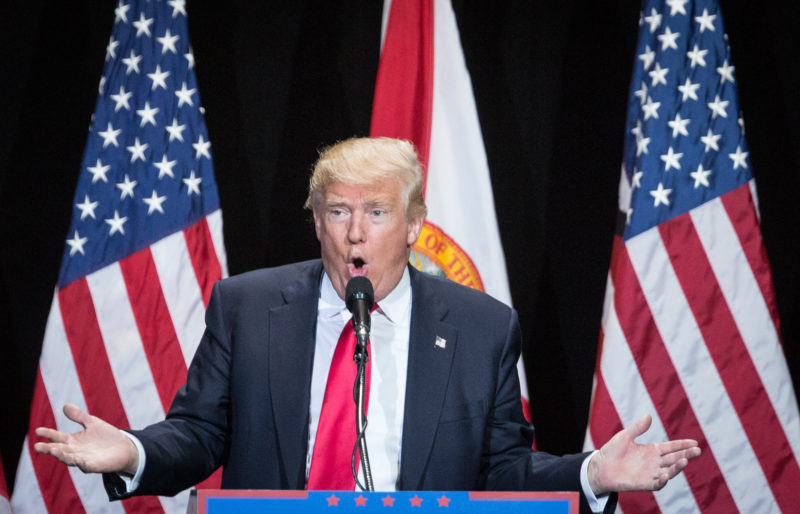 The number of immigrants crossing the border illegally since Trump was inaugurated has fallen. But for one group of people, things just got really difficult.

For six years under the Obama administration, Haitians were permitted to enter the country without being deported. But last year, without explanation, Obama began deporting Haitians again. Under Donald Trump, things were only going to get more difficult for them. And it caused major problems, as many Haitians had been slowly making their way to the United States through Latin America. Hundreds are staged in camps in Nicaragua and Costa Rica, with thousands upon thousands more in Brazil, Chile and other South American countries. The Haitians in South America have, by and large, stopped their treks to the north, giving up on the chance to get to the United States.

How drastic has the change been? Six months ago, over 100 Haitians were being seen every day at U.S. points of entry. Now, it’s dropped to around 100 a month — a decrease of 97%. Rep. Duncan Hunter, from California, has been tracking the surge of Haitian immigrants and he believes all it took was greater law enforcement to make it stop.

“The fact that these numbers are not just down, but so significantly reduced, is a direct credit to the Trump administration,” Joe Kasper, Hunter’s chief of staff, said. “It shows what a message of enforcement first signals to the rest of the world and the extent to which the Obama administration’s policies were a problem.”

Of course, the reality is that it won’t matter how successful Trump is on stopping illegal immigration — people will criticize him no matter what. In John Hawkins’ new book ‘101 Things Young Adults Should Know’, he teaches that, right or wrong, good or bad, the more you achieve, the more criticism you will receive.

Trump could singlehandedly cure cancer, and liberals would still find a way to complain and criticize him. It comes with the job, and it’s why anyone in a position of power or authority has to have thick skin.