I woke up this morning to the news that unless something unforeseen comes up, President Trump will be releasing the Kennedy assassination files to the public. They have been held for 54 years and the CIA wanted to hold them for another 25 years. Presumably until all those involved are dead. Now, why would that be? I’m not much of a conspiracy theorist, but it sure does appear as though people are being protected here. I have a number of friends who do believe in the conspiracy and they must be thrilled over this development. Good for Trump.

John F. Kennedy was assassinated on November 22, 1963 in Dallas, Texas. Few things have moved this country more than that assassination. Kennedy, who had his share of scandals, was still seen as the part of Camelot in DC. He was loved by millions. He was very conservative by today’s Democratic standards. The official version of Kennedy’s death states that he was shot by a single gunman… Lee Harvey Oswald. Historians and conspiracy theorists alike have long waited for the secret documents to be made public. At long last, their wish will be granted. 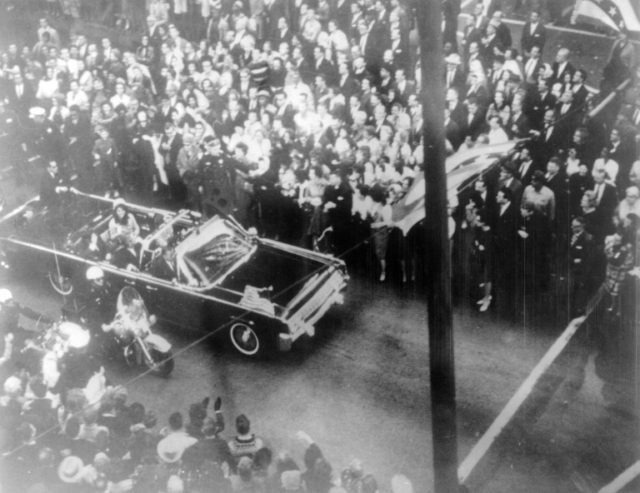 Trump’s announcement followed reports that not all the files would be released, possibly to protect still relevant intelligence sources and methods. But Trump is indicating otherwise and I think that is a smart, transparent move on his part. “Subject to the receipt of further information, I will be allowing, as President, the long blocked and classified JFK FILES to be opened,” he said in his tweet.

The files are to be opened up in their entirety on Thursday. Millions of classified Kennedy files were released under a 1992 law passed in response to a surge in public demand for disclosure in the wake of Oliver Stone’s conspiracy laden movie on the Kennedy assassination. That same law put a stay on a small percentage of the files, mandating they be held for an additional 25 years. That deadline expires on October 26. Some reports say there are 3,100 files that were withheld, with tens of thousands of documents already released that were highly redacted. All of that will be removed if this goes through. They will be fully declassified.

Not everyone is thrilled by this development. A number of officials at various intelligence agencies are urging the President not to release some of the papers, which are being held by the National Archives and Records Administration. That would be the CIA and FBI primarily. Experts are interested in seeing if any new details emerge over Lee Harvey Oswald’s activities in Mexico in the fall of 1963. Oswald’s stated reason for going was to get visas that would allow him to enter Cuba and the Soviet Union, according to the Warren Commission, the investigative body established by President Lyndon B. Johnson, but much about the trip remains unknown.

Oswald was arrested for Kennedy’s murder and shot to death two days later by Texas nightclub owner Jack Ruby while in police custody. I have always found that to be suspicious. Many believe there was more than one shooter and that there is far more to this. We may never know. But at least the documents will finally be released. It’s long overdue. 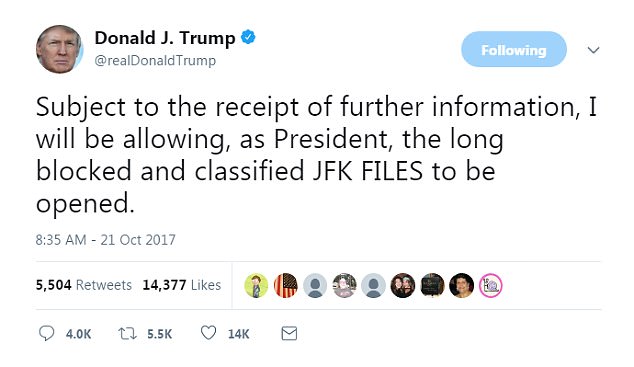 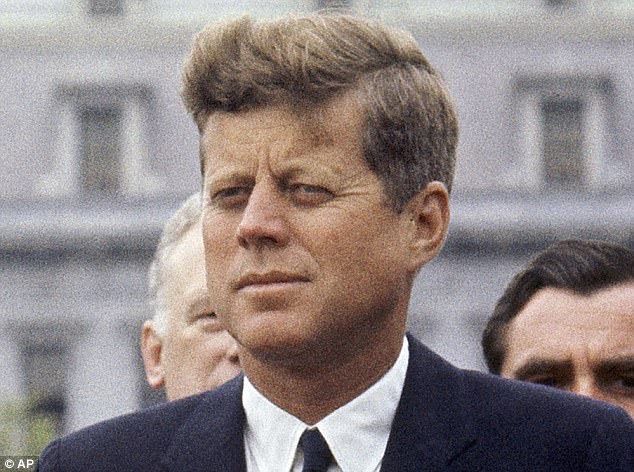 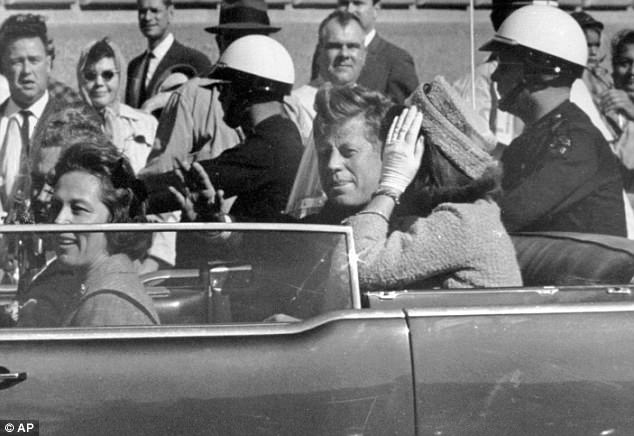 President John F. Kennedy waves from his car in a motorcade approximately one minute before he was shot in Dallas (Pictured: Nov. 22, 1963). 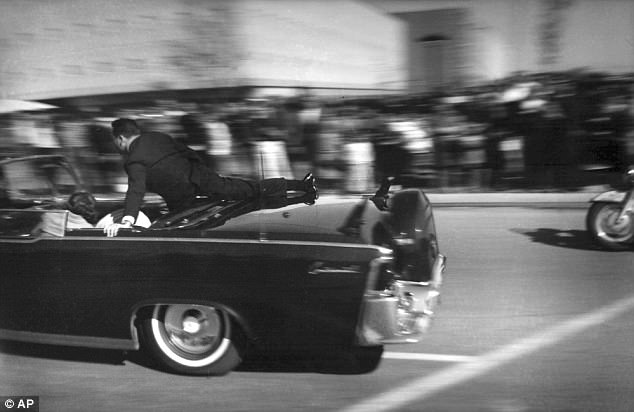 The limousine carrying mortally wounded President John F. Kennedy races toward the hospital seconds after he was shot in Dallas (Pictured: Nov. 22, 1963).