The political world erupted when Supreme Court Justice Ruth Bader Ginsburg weighed in on the presidential race, and stated her negative opinion of Donald Trump. So naturally, Trump had to respond. 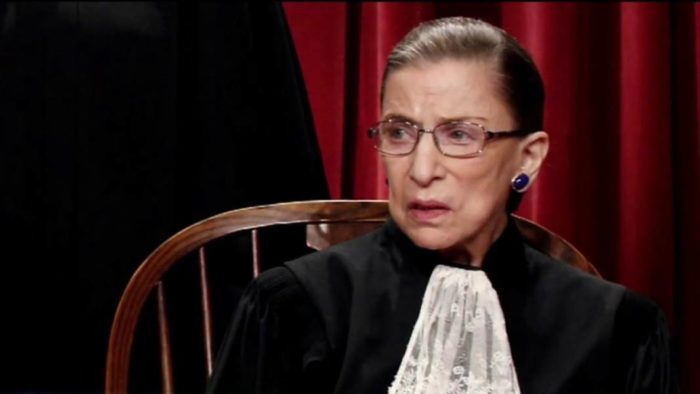 ‘It’s highly inappropriate that a United States Supreme Court judge gets involved in a political campaign, frankly. I think it’s a disgrace to the court and I think she should apologize to the court. I couldn’t believe it when I saw it. It’s so beneath the court for her to be making statements like that. It only energizes my base even more. And I would hope that she would get off the court as soon as possible,’

Do I believe that Donald Trump is the ‘savior of this Republic’? Nope. But if there is one issue that he nails, it’s this – Supreme Court Justices have NO PLACE in sharing their biased opinions…even if EVERYONE already knew they would be socialist slanted views.

The entire thing is kind of ridiculous and shows how thin-skinned Donald Trump really is. She didn’t get involved in anything — she stated her opinion on Donald Trump. She didn’t tell anyone to vote for Hillary, or not to vote for Donald, so Trump is just going to have to get over the fact that there are Americans who don’t like him.