As someone standing on the outside of this race not supporting either candidate, I find this very telling[1]. For months now, we’ve listened to the media and the polls tell us how Clinton is trouncing Trump. I want you to look at the pictures and videos below. There is a major disconnect between what Americans are being told and reality here. Tim Kaine had less than 30 people show up in Florida at a rally for him… Mike Pence had thousands show up.

Tens of people, TENS I tell you, showed up for Kaine. The Week said it was the saddest rally ever and they are right. Hillary beats him by maybe 20 people. Now consider this… 20,000 showed up to see Trump in Tampa, Florida this week. It broke records. I would say it indicates that Trump is not beat yet[2] and in fact, has a solid chance of still winning this. I guess we’ll see. 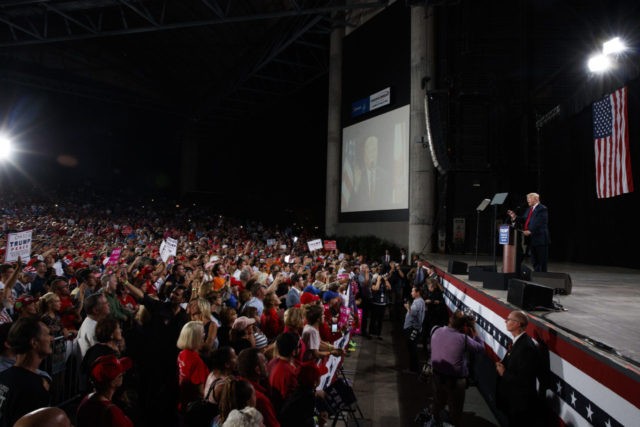 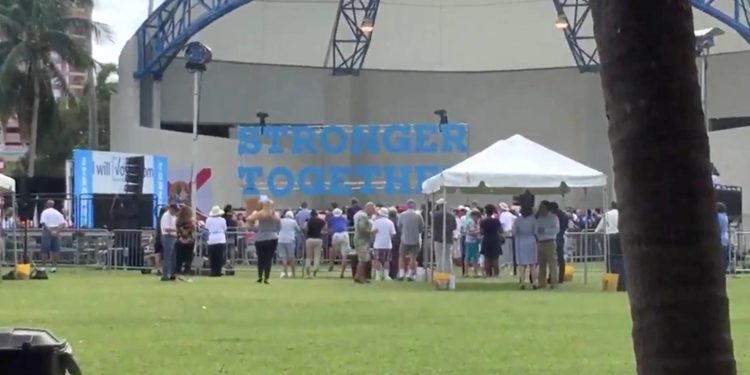 With barely two weeks until Election Day, it stands to reason that both the Clinton and Trump campaigns would be hitting the trail hard.

As Hillary Clinton was slated[5] to attend a “star-studded” New York City fundraiser on Monday night, her running mate Tim Kaine traveled to Florida to sway[6] undecided voters in the battleground state.

Unfortunately for Kaine, he may have walked away Monday afternoon feeling less than enthused. As The Week[7] reported, it may well have qualified as “the saddest rally ever”: 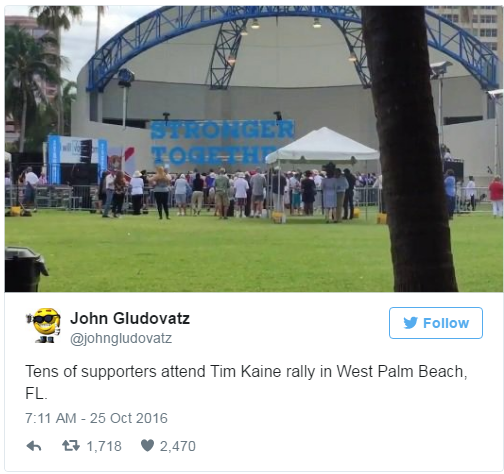 We are 13 days out from the election. It looks to me like support for Trump is skyrocketing and support for the Hildabeast is tanking. That’s just my observation from all I have read and seen. Clinton is attending fundraisers, while Trump is talking to the people and it seems to be working.

No one likes Clinton OR Kaine. No one shows up to hear them. Not the same with Trump and Pence. They don’t seem to be able to get enough of them. I just don’t get the polls unless they are skewed. My eyes see one thing and the media is saying something completely the opposite.

I urge everyone to get out there and vote your conscience. No matter who you vote for, vote. And stay tuned on November 8th… it’s going to be a wild ride right to the finish line.

BREAKING: #TimKaine[9] rally only about 30 people show up. Her campaign is dead in #Florida[10] nobody wants #HillaryClinton[11] Serial Liar Corrupt pic.twitter.com/vgnWGHxXgs[12] 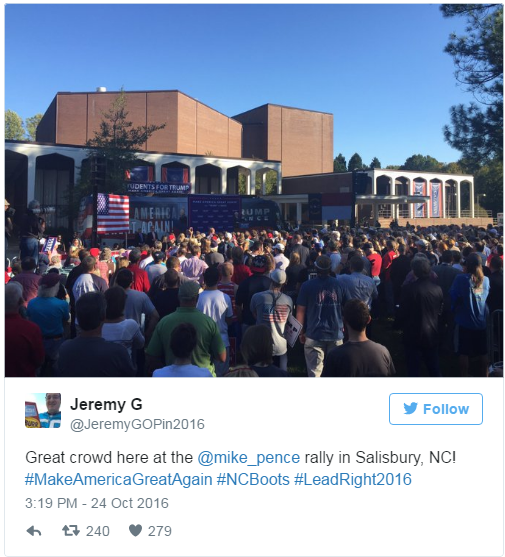 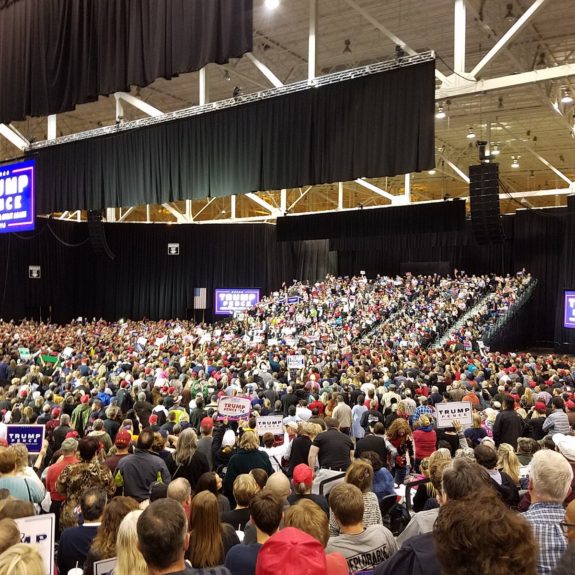 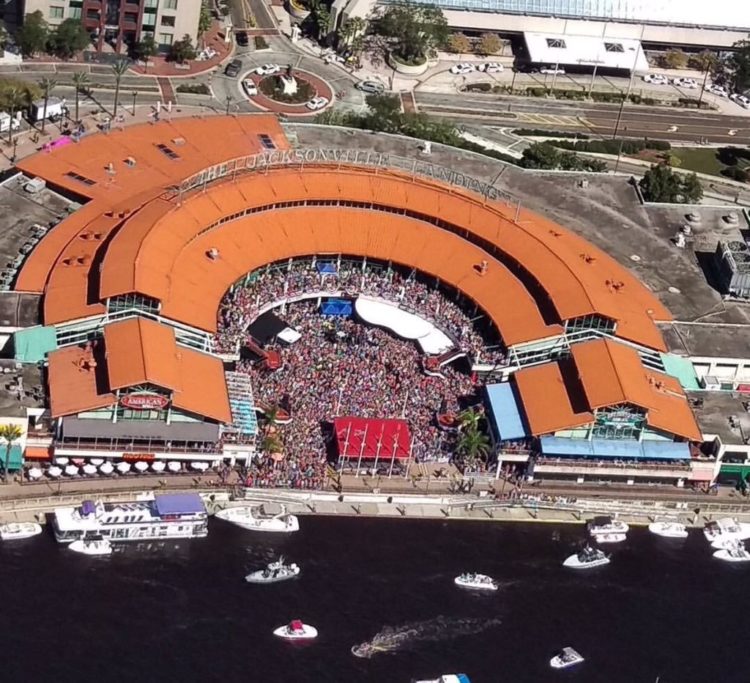