Kellyanne Conway Politely Destroys Clinton and Obama’s “The Russians did it!” Nonsense [VIDEO]

The Obama administration has been making all kinds of bad decisions lately. First they infuriated virtually everyone on both sides of the aisle with that anti-Israel United Nations resolution. Then, they imposed sanctions on Russia over the alleged “hacking” of the DNC. And in an interview with CNN, Kellyanne Conway, Donald Trump’s campaign manager and one of his top advisers, smacked Obama down hard for it[1]. 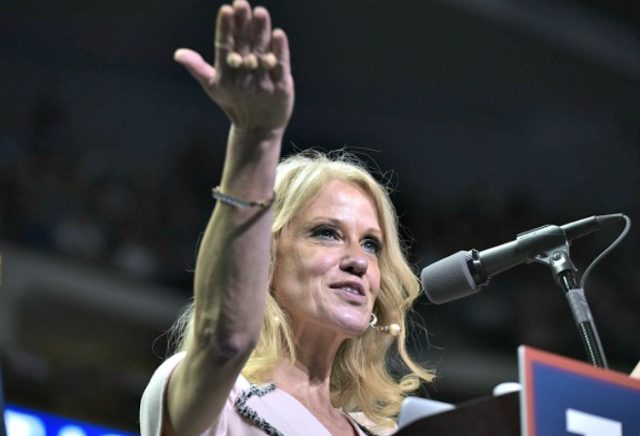 Conway got right to the heart of the issue, alleging that the real reason for the Obama administration’s actions is to make things difficult for the incoming Trump administration. “I will tell you that even those who are sympathetic to President Obama on most issues are saying that part of the reason he did this today was to quote ‘box in’ President-elect Trump,” she said. “That would be very unfortunate if politics were the motivating factor here. We can’t help but think that’s often true.”

“That is not the way that peaceful exchanges work in this democracy.”

She also argued that the Obama administration has been using Russia as a distraction. “All we heard through the election was ‘Russia, Russia, Russia,'” Conway said. “Since the election, it’s just this fever pitch of accusations and insinuations.” Still, the distraction failed — Conway said that Hillary Clinton lost, not because of the hack into the DNC servers, but because of her own poor election strategy.

“I don’t believe Vladimir Putin deterred her from competing in Pennsylvania, Wisconsin and Michigan,” she said. Conway also criticized the Obama administration for effectively placing “sanctions” on Israel by allowing the U.N. resolution against them to stand and also argued that the DNC didn’t put strong enough security procedures into place, leaving themselves open to a breach.

In a statement, Trump responded, saying, “It’s time for our country to move on to bigger and better things. Nevertheless, in the interest of our country and its great people, I will meet with leaders of the intelligence community next week in order to be updated on the facts of this situation.”