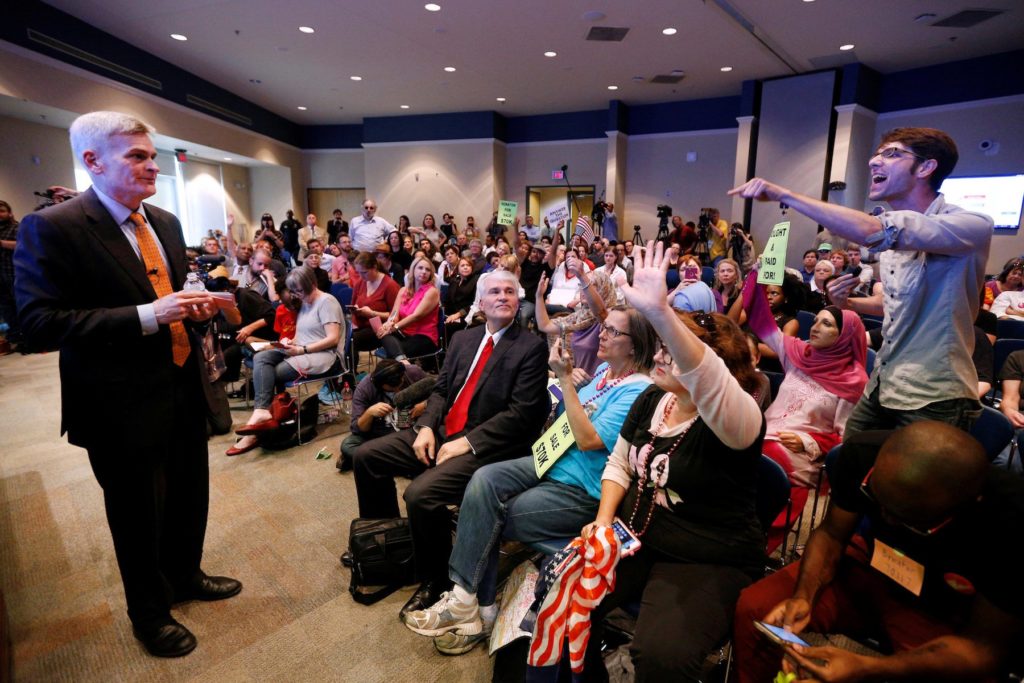 Many people have noticed a trend during recent town hall meetings. It has become most common for town hall meetings to be filled to the brim with protesters. And while the idea of a Democratic Republic is for the constituents (you and me) to participate actively and attend these town hall meetings, the way it is currently being done is not cutting it.

And it now has become evident that a large part of the recent disturbances are not spur of the moment outbursts. They are premeditated and planned attacks on the speakers and representatives.

Recently, an undercover video caught many of these exact sentiments being discussed by the protesters. Some of the dialogue includes this gem:

“The Indivisible Guide [2]does say that when you start to lose the meeting, that’s when you boo and hiss,” one unidentified activist can be heard saying. “Right, I was going to say that,” another activist replied. Local news outlet The Advertiser reported that members of the crowd “frequently interrupted, expressing disagreement with some of Cassidy’s positions and shouting out their own questions.”

“The outside team will join the inside team in the hall after media coverage,” Proctor states at one point. “So what we’ll do is we’ll try to dominate enough, because–remember, the camera people especially are looking for some ‘b-roll’ and some quotes.”

“They’ve got three or four things to cover that day, this is just one of them,” Proctor said of media covering the town hall. “So we make sure we give them the coverage they want, and then everyone breaks and goes inside.”

Watch the video. Does this sound like people who care about getting their point across to you??