Liberals just can’t help but be terribly bitter little people who only exist to attack people they disagree with, no matter what they do. They could rescue orphans from a burning home on Christmas Eve and liberals could cry that they didn’t want the orphans to have a warm house to live in.

Trump has pledged a $1M donation to help the Hurricane Harvey relief effort, yet the liberals of Twitter just couldn’t stand the idea that our President is anything less than a blood-sucking troll who feeds on the misery of minorities and single mothers. So, they attacked him. For being selfless.

What does that tell you about their beliefs? 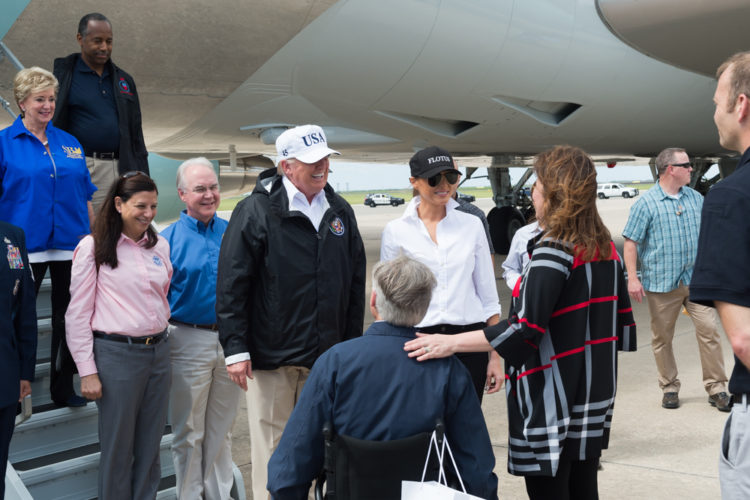 Let’s be honest here, it’s not like our President was hurting for money before he got elected. You know $1M is pocket change to someone like him and it’s good to know that he’s willing to put it toward a cause that will help thousands.

But that wasn’t good enough for lefties, who attempted to tear into him on Twitter.

Isn't he worth "Billions"? A mill is a drop in the bucket compared to all the money @realDonaldTrump[4] is making illegally by his Presidency.

who is he going to rob to do that ?

It's called a tax deduction for him don't think he thinks it's anymore than that!

Nothing is ever good enough for these people. He’s donating to help people who have been displaced by a natural disaster and you’re complaining that he is going to get a tax deduction from it? Or that he could give more? How much did you give, huh? Are you down there helping people get out of their houses and receive food and medical attention? Or are you just an armchair thug who chaps on the President no matter what he says?

Do the rest of us a favor and stop fostering division in the wake of a disaster that will take billions of dollars and many, many years to fully repair, okay? That is the last thing we need as a country right now. We need unity. It won’t kill you to congratulate him on doing the right thing. I promise.