All it takes is a quick glance at the National Football League’s recent ratings to realize that their stance on players kneeling for the National Anthem in not in line with the stance taken by their American viewership. In fact, it would appear that the League and their supporters at ESPN are in the wrong on this whole fight.

But don’t take it from me, take it from liberal sports commentator Stephen Smith, who is now being forced to admit that the football players who are kneeling for the anthem are losing to President Trump. 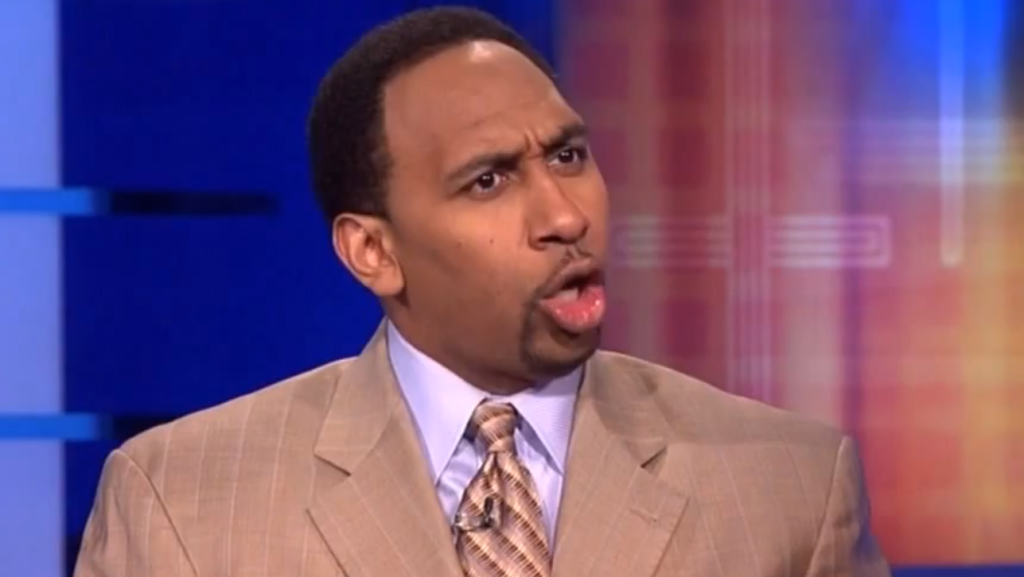 Smith said on Monday that Trump has successfully “hijacked” kneeling and players are going to need to find another way to protest effectively.

“He’s turned it into an issue about patriotism and beyond,” he stated. “He’s catering to his base in the process, and the biggest thing he’s doing is he’s pulling it all off hiding behind these issues when, in my opinion, his real agenda is going after an NFL community that didn’t let him in that ‘good ole boys club.’”

And that’s when he was pressured to admit that perhaps President Trump managed to outplay the football pros.

“He is the one that’s winning because he’s turned this into something that the players didn’t intend to,” Smith said. “So they’re going to have to find a different mechanism to have their voices heard because Trump has won this round.”

Newsflash Smith, this was about “patriotism” long before Trump got involved. Americans saw Kaepernick’s kneeling during the anthem and subsequent antics (wearing socks that depicted cops as pigs, etc.,) as being disrespectful to the country. Trump wasn’t the first person to suggest that the NFL punish those who are kneeling during the National Anthem, but he was the voice with the biggest platform. Now you’re upset because he reiterated the feelings of millions of Americans and united them together in their protest, and it’s not looking good over at ESPN or the NFL.

And to be clear, there are no “winners” here. Everyone loses. NFL and ESPN lose money, football players lose fans, American people lose because they can’t indulge in their favorite sport on the weekend because their love of country comes before their love of bread and circuses, and advertisers lose viewership. Just because you think Trump is winning something doesn’t mean it’s anything more than a hollow victory.

If the NFL would just crack down on these players for breaking the rules, the world would go back to being the way it was.