You don’t call for the President to be assassinated unless you want a surprise visit from some heavily-armed guys in black vans. Period. It doesn’t matter what race, religion, creed, age, etc. the President is, it is wholly inappropriate for anyone to threaten the life of a lawfully-elected public official, especially the Commander-in-Chief.

The fact that people are still upset about this fact is mind-boggling, but it does make for some good entertainment. 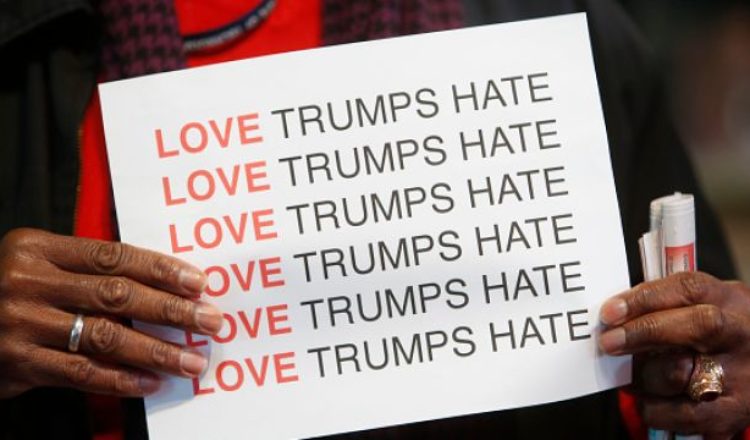 Heather Lowrey of Louisville, Kentucky posted a rather unwise Tweet regarding the Trump inauguration. She called for someone to kill him because “tolerance.” 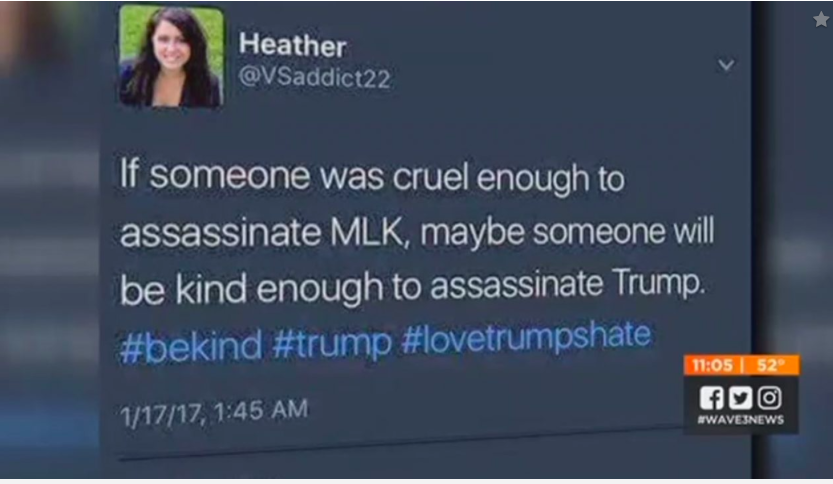 Yes, she actually had the gall to use those hashtags. The irony is not lost on me.

After this tweet started attracting some unsavory attention, Lowery immediately deleted all of her social media accounts. Unfortunately for her, the internet never forgets.

She received a surprise visit from Secret Service, who opened an investigation into the matter.

To add insult to injury, she was fired from each and every one of her four jobs. One of her employers, a burlesque troupe by the name of Va Va Vixens,[3] issued a statement on the incident.

“Please, know that we, at Va Va Vixens, do not condone the behavior of Heather Lowrey,” the group’s statement read, according to WAVE. “She was dismissed the moment we were informed of this incident. We have a zero tolerance policy for such. It’s no secret that we are in the midst of a divided nation. With so much hate and anger in the world, our hope is to be a sanctuary that welcomes all walks of life with open arms. We do not condone hate by any party and will not partake in it. We in no way support negative behavior or malicious intent from anyone.”

The best part is this woman will not be able to apply for a job without her employer being notified that she is crazy through a very basic search. Beautiful.