Look at What Hollywood Is Blaming Donald Trump for NOW!

These people are truly pathetic.[1] Donald Trump hasn’t even been sworn in yet and the left is now blaming him for the Syrian war… not Obama who has botched the situation from the beginning and who has let genocide run rampant over there. No… they are blaming Trump because of an assumed relationship with Vladimir Putin. I consider the Russians to be among our worst enemies. I detest Putin. But there is no solid evidence that I have seen that President-elect Donald Trump is best buds with him. Yes, he called Putin after winning the election. I think he did so because he sees opportunity there. It makes me uneasy, but again, I’ll remind everyone… Trump has not taken office yet. If there is blame to be laid on Syria, Barack Obama is your guy.

Celebrities and other self-important asshats are smearing Trump suddenly over Syria. And they are throwing petty attacks at anything connected to him… like his restaurants for example. That’s low even for these idiots. Not a word is said about Obama having the blood of Aleppo on his hands. Not one. 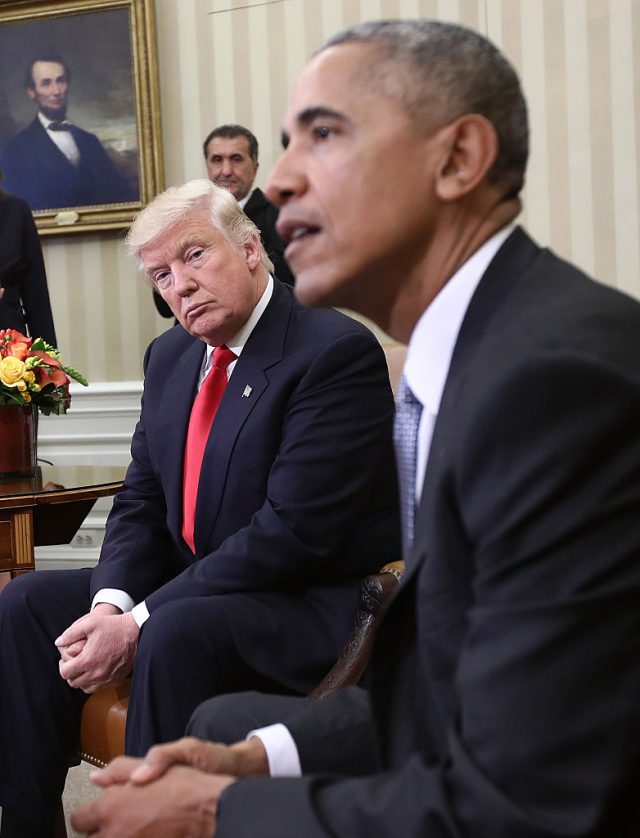 Celebrities are now blaming Donald Trump for the ongoing disaster in Syria.

Instead of crediting the sitting president for the violence and destruction in cities like Aleppo — or even asking what he’s done to help — Hollywood is shouldering the the president-elect with most of the responsibility.

I fail to see how the blame for Syria can be attributed to Trump at all. You can blame Assad, Putin and certainly Obama, but Trump has had nothing to do with it. And for those critiquing his tweets on things like Vanity Fair, he would not tweet about what he is reviewing on Syria anyway. If you are looking for sympathy from him on the situation there, give me a break. By the way, I’ve never even heard of Assad and Trump speaking, so calling them buds is just laughable.

Barack Obama has never been brought to task for Syria, or ISIS, or Iran, or anything. He’s known that the Russians were messing with us for 1.5 years (and in fact, it has been much longer than that), but he just now decides how awful they are. Why? Because Hillary lost. The genocide these pampered celebrities cry over is attributable in large part to President Obama’s actions and inaction. These people don’t really care about those being wiped out in Aleppo and other places. They just want to smear Trump. For the next four years, this is all they’ll do. Like I said, pathetic. 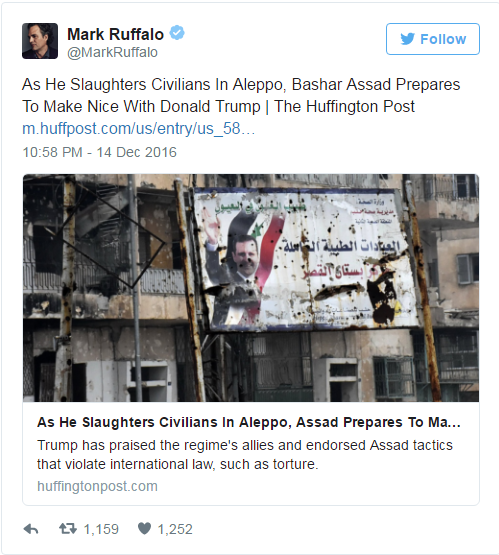 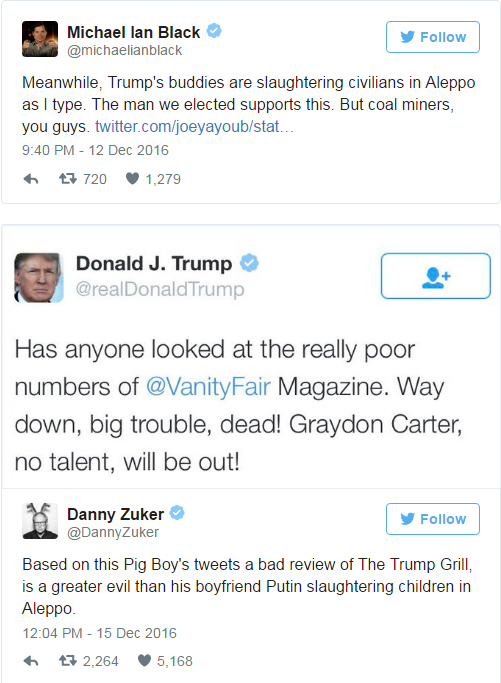 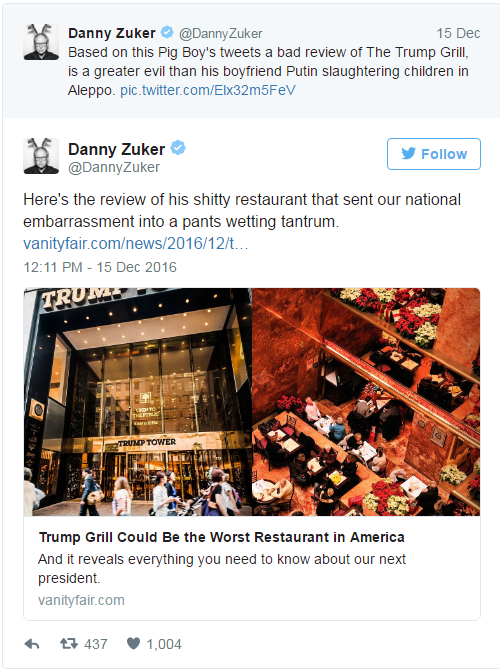 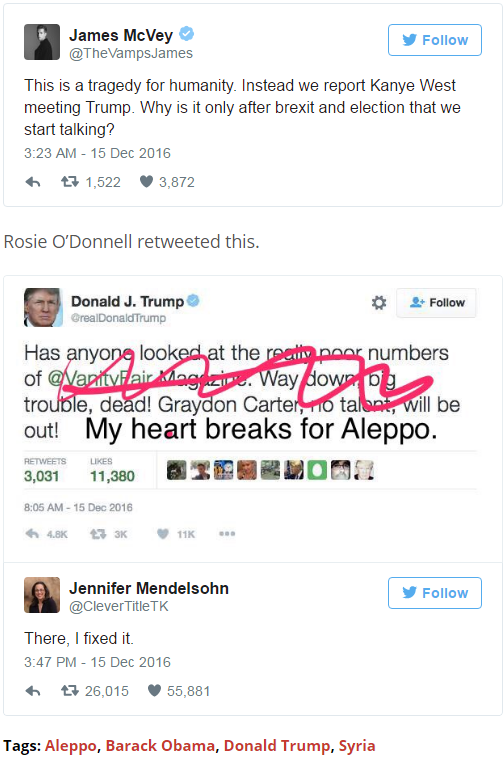