Liberals have taken to protesting and rioting to voice their displeasure with President Trump’s “Muslim ban” which is actually a temporary immigration pause from terror-rich countries.

One Marine has had enough of their complaining. He sat down and sent a very clear message to the snowflakes who think we can just let anyone in without consequences. 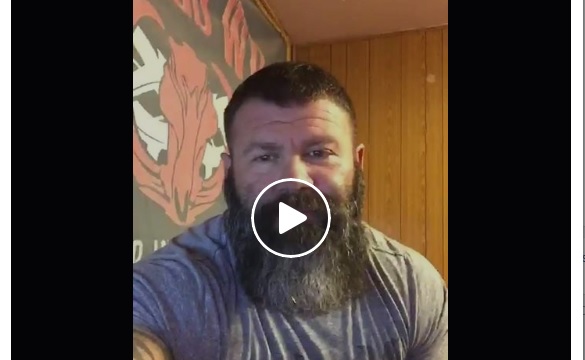 Not everyone can understand common sense, especially in today’s world where any message can be distorted any way to fit any agenda. It’s not easy to find the truth anymore.

This guy, however, has a message that is clear and concise and brimming with truth. Steven Gern posted a video to his Facebook profile and it has garnered more than 34 million views! If that doesn’t tell you that it’s worth watching, I don’t know what will.

Watch the video below

He is absolutely correct, these are not the kinds of people that we want in the United States. How many more people are going to have to die before liberals realize that some sacrifices have to be made in order to keep us safe?