I don’t support Trump[1], but I also don’t care for Megyn Kelly. Never have. I thought that Gingrich was out of line too… but let’s look at Megyn Kelly for a moment. She rolled her eyes at a man that deserved more respect than that at the very least. She interrupted him constantly, which is rude as hell. You could see the contempt on her face, plain as day… it was nowhere near professional. Mark Levin noticed it too.

I don’t like either one of them. But Kelly has had a thing against Trump since day one. And I think she is doing it to secure herself a seat at another network. She is in negotiations with Fox and is demanding $20 million. Murdoch says they want to keep her, but says they have a deep bench of talent. That indicates to me that he’s willing to cut her loose if she is too greedy. Which she is. The woman is an unmitigated media mercenary. 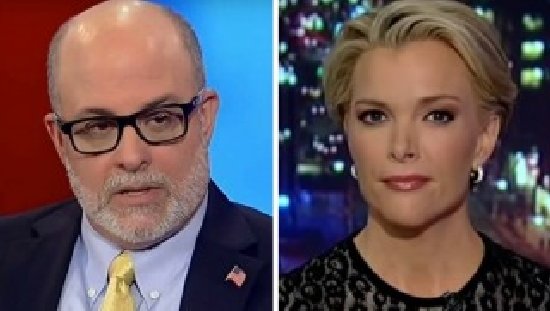 “There was no news. There was regurgitation — 14 days before an election,” said Levin on his show on Wednesday. That regurgitation had major fallout that included extended replay of Kelly’s comments on rival network CNN.

Levin told his listeners, “Megyn Kelly is out of control. Megyn Kelly pretends to represent women.”

“And if this is the future of Fox, Fox will be dead,” he said. “Because this sort of National Enquirer stuff dressed up as journalism doesn’t fly. … ‘We’re going to build a whole network around Megyn Kelly.’ Yeah, and you’ll kill whatever audience you have. Nobody can stomach this.”

It was Kelly, Levin asserted, who “set the stage for what became month after month of vicious personal, nasty attacks, and she’s doing it again.”

Kelly did indeed set the stage for ongoing attacks on Trump. I think she did this to please leftists on other networks. She has been seen schmoozing with CNN execs at cocktail parties and word has it she’s for sale to the highest bidder. Did you know that she will be on ABC’s syndicated talk show Live with Kelly the morning after the election? Point made.

Kelly set Gingrich up with a classic media smear question: “If Trump is a sexual predator…” You know that sound bite will be picked up by every network out there. In this case, the question itself is a weapon. It is one of the most blatant, abhorrent hack jobs I’ve ever seen. She can’t even call herself a journalist anymore. She came this close to telling Gingrich he could stuff his anger issues live on air. In a sane media environment, that would get you fired.

Trump has lots to answer for on that lewd tape, but all there have been are accusations. Nothing has been proven yet, unlike Bill Clinton. Kelly could have spoken with Gingrich on the issues, instead she goes back to the sex issue, which I think we are all sick of. Less than two weeks from an election and all she wanted to do was smear the guy… not get answers on the issues.

No wonder her ratings are tanking. It’s not that everyone is so into Trump… it’s that they are so over Megyn Kelly. She came out a long time ago as a Clinton supporter and man it shows.