Merkel meets Trump at White House, what they DIDN’T do has media going BONKERS [VIDEO] 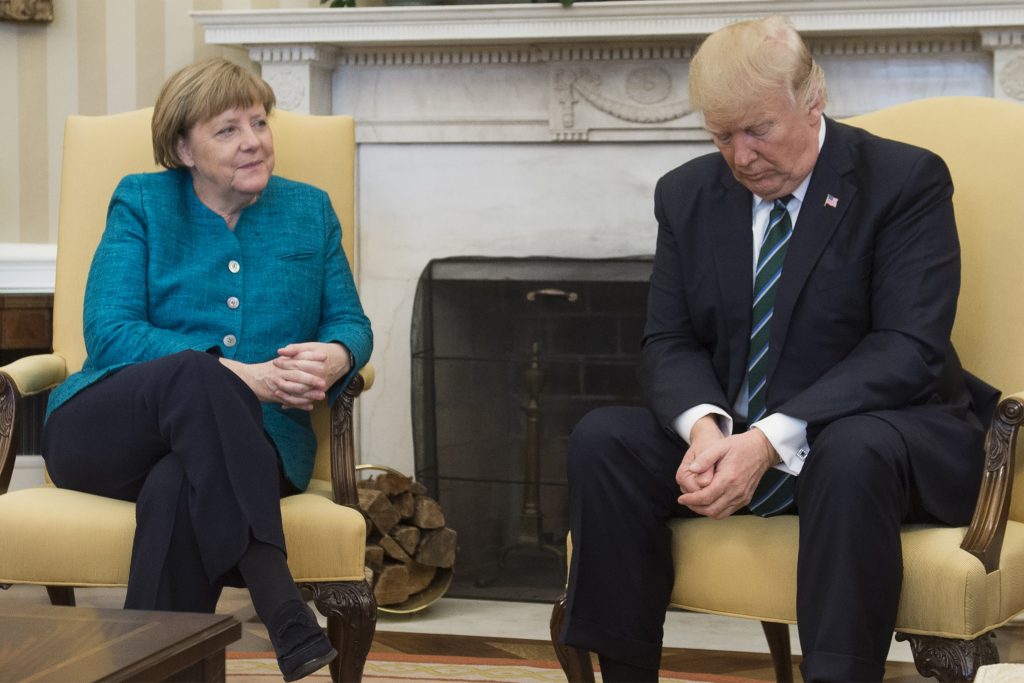 Angela Merkel…has proven to be an absolute disaster as a leader of Germany. As many of you already know, she likes to make huge, terribly important decisions without thinking it through.

Almost as if she was simply choosing between chocolate or vanilla ice cream…no big deal.

One of those decisions was when she decided to allow hundreds of thousands of UNVETTED refugees into her country without anything in place to ensure the safety of her people, or the economic support and preparation needed for her country.

She just opened the doors and said…hey, the house doesn’t have the bedrooms set-up yet, my fridge is bare and my family is sleeping in the nude…but come on in!

As mentioned earlier…she’s a nightmare of a leader.

Now, President Trump on the other hand has made it quite clear that his type of leadership does not jive with that of Angela’s… not in the least bit.

Now, in recent news that’s got social justice keyboard warriors in meltdown mode…here is what happened, or rather what DIDN’T happen when Angela Merkel made a stop in for a visit to the White House.

Apparently, Trump and Angela did not shake hands as foreign leaders tend to do when they meet…

President Trump did not extend his hand to shake German Chancellor Angela Merkel’s in a Friday Oval Office photo op, a courtesy he usually extends to foreign leaders visiting the white House.

But Trump hardly looked at Merkel and, when the photo op ended, didn’t move in for a handshake.

When reporters asked whether there would be a handshake, Merkel leaned in and appeared to ask, “Do you want to have a handshake?”

Trump did not even look back at her.

You can clearly hear them asking for a handshake…but I can’t help but think the President’s mind was just preoccupied on a lot of other stuff he needs to be concerned with.

A handshake just isn’t that important when you’re trying to save a country from itself.