Mexican Gov’t Calls Out Media For FAKE NEWS, After They Spread Lies Of Trump Threatening Invasion!

If you do not yet know it, now would be a great time to look up the definition of the word “irony.” It will make this story and many others that much better.

It appears that Mexico is taking a leaf out of North Korea’s book and inventing their own news. They’ve also adopted the CNN-esque policy of making things up and then decrying “fake news” they don’t agree with. 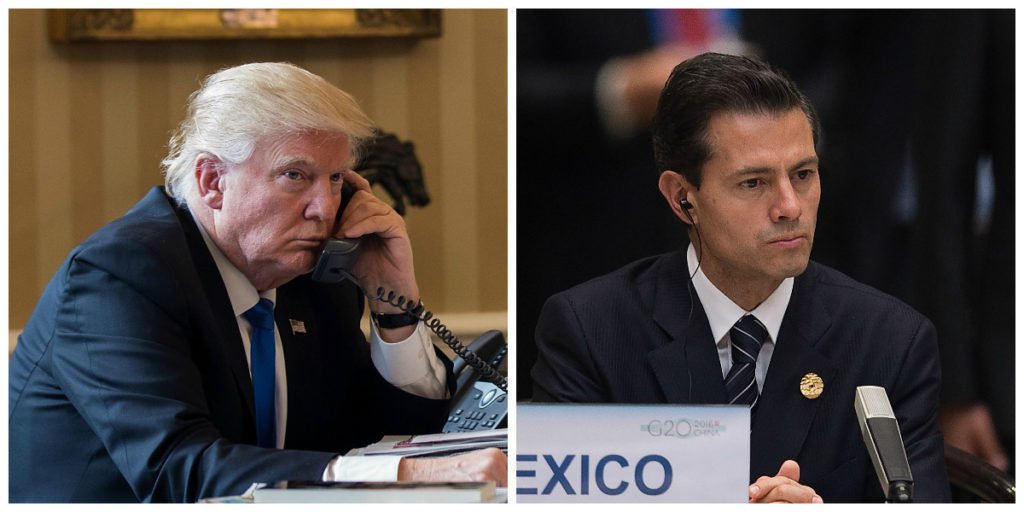 During his first days in office, the world’s eyes have turned towards President Trump to see exactly how he’ll handle foreign heads of state.

Any points that Trump had scored during British Prime Minister Theresa May’s visit[2] seemed to be quickly wiped away on Wednesday; however, when the Associated Press claimed[3] to have evidence of Trump issuing military threats to Mexican President Enrique Peña Nieto.

According to the AP, Trump took a hostile tone during a phone call last week, telling[4] the Mexican head of state:

“You have a bunch of bad hombres down there. You aren’t doing enough to stop them.

News that the U.S. president had just threatened to “invade” Mexico spread quickly across social media:

The only problem, according[6] to Mexico’s foreign relations department, is that these claims are “based on absolute falsehoods.”

In a statement addressed directly to journalist Dolia Estevez, the department said that she had been outright “lied to”:

Mexico’s State Dept to reporter @DoliaEstevez[7] who got scoop: “Whoever was your confidential source on this side of the border, lied to you."

Why am I not surprised that Mexico has sunk to making up fake stories to make Trump look like a bad guy?