Mexico Just Admitted Trump Has WON – Now They Are Trying To Save Face By Doing THIS!

Or did they?[1] Mexico is sending a high-level diplomat to DC to try and repair their image in the US. And in an uncharacteristic moment of honesty, Mexico says they definitely have a problem. But I’m not sure at all they are saying that Trump has won. They are not offering to pay for a wall or to even stop the invasion from their side of the border. They are making a PR move. That’s just propaganda and it won’t stop a trade war if Trump carries through on his threat of a wall, etc. And color me highly skeptical that he will even do that. His stances have shifted so much and so often, I don’t believe anything the man says anymore. Mexico is trying to save face, but they have not ceded any ground to Trump at all. 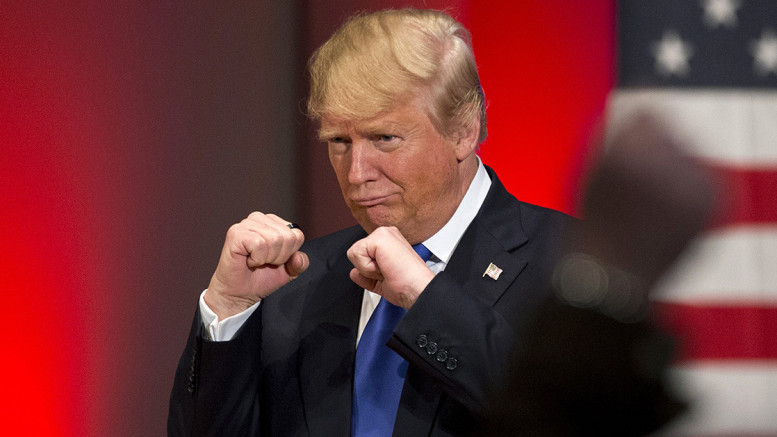 Since he announced his run for the White House, billionaire businessman Donald Trump has made the southern border one of his key issues[3]. He’s made no apologies for his remarks about drug dealers[4] and rapists making their way to America[5] via the porous border. His promise to build a wall has also been wildly popular among his supporters.

Like many involved American politics, Mexico has finally come to terms with the idea that Trump and his ideas are not going away just yet. Those concepts have taken their toll on Mexico and its image, and it has decided it’s time to something about it.

To help restore their marred reputation, the Mexican government announced it was sending diplomat Carlos Sada to Washington in an effort revamp the country’s tarnished image, according to Reuters[6].

Yes, Mexico has come to terms that Trump’s ‘ideas’ may not go away anytime soon. But if anyone thinks the Mexicans won’t fight him, they are delusional. They are a proud people who have a corrupt government and are infected with cartels and violence. They believe the US belongs to them, or big parts of it do anyway. It doesn’t and what they are doing is an act of war as far as I’m concerned… but don’t kid yourself. They won’t roll over and send one diplomat to say, “My bad! How big a check do you want for that wall?” Not happening. Trump has a whole clothing line made in Mexico. He’s hired illegal aliens and has been fined for it. There’s so much dishonesty on both sides, you could cut it with a knife. Mexico does not want to lose us as a trade partner, but they also won’t stop their illegal activities. The diplomat was sent here to strike a deal with our politicians. And if they do, don’t be surprised if Trump honors it. He’s honoring the deal with Iran. Nothing is what it seems here.