What? No tingle up Chris Matthews’ leg for Trump?[1] Not even an hour into Trump’s presidency, Matthews was calling him Hitlerian… but the reason why will blow your mind. It’s because President Trump dared to say: “America First.” The horror! How dare Trump put our country first… doesn’t he respect ‘globalism’?

Matthews thinks it was not only Hitlerian, but code for ‘white people’. This guy is seriously off his meds. He compares the statement to ‘Russia First’, bringing Putin into the fray. He even dragged Great Britain into his insanity. SMH. What a twit. I’m glad he’s threatened by Trump… all communists should be. 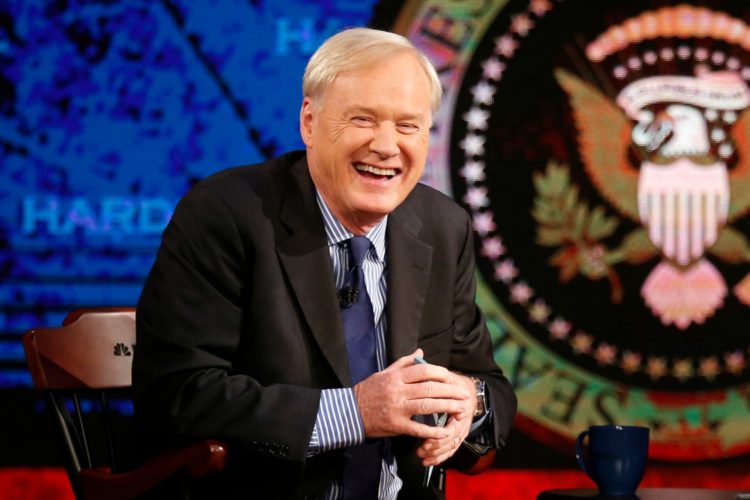 If you had “within the first hour” in the “when will the press compare President Trump to Hitler” pool, I have great news for you. You just won big thanks to Chris Matthews of MSNBC.

Trump said the two words during his speech that MSNBC is loathe to hear: “America First.” Not just code for “white people” apparently, but actually “Hiterlian” says Matthews. Watch:

“When he said today ‘America First’ it was not just the racial, I mean the, um, I shouldn’t say racial, the Hitlerian background to it. But it was the message I kept thinking, what is Theresa May thinking this morning, when she picks up the papers and goes ‘My God, what did he just say, he said America first, what happened to the special relationship?’ What if you’re Putin? You’re probably pounding the table saying “that’s what I’ve been saying, Russia first. Russia first.’ The, this whole bullying message to him.”

Racial, Hitlerian, and even Putinesque. He even throws Great Britain in the mix. All this terror over the words “America First.”

Putting America’s interests first is dirt common for presidents. And while Trump’s pronouncement may herald protectionism, it certainly doesn’t have anything to do with Hitler or Putin. Get a grip. MSNBC has really gone off the deep end with their fear and hatred of Trump. This is nutty even for them.

Can you imagine how bad this is going to get? Wow… they are going to have a nervous breakdown as Trump starts implementing his promises. They are definitely going to need a safe space. It’s okay guys… no one watches you anyway. Feel free to crawl into a corner with your blankie and binkie. You can comfort each other over the big bad Republicans. Just moronic. Chris Matthews seems to have Hitler on the brain… what does that say about him?

CHRIS MATTHEWS: The relief on this guy’s shoulders, until a few moments ago he was trying to think what is Kim Jong-un up to today.

‘Is he crazy enough try something? To drop a bomb in the middle of the Pacific? Something I have to react to.’

And that would be — but I’m thinking, when [President Trump] said today, America first, it was not just the racial, I mean I shouldn’t say racial, the Hitlerian background to it, but it was the message I kept thinking. What does [U.K. Prime Minister] Theresa May think of this when she picks up the papers? What did he just say? He said America first. What happened to special relationship?

If you’re Putin you’re probably pounding the table, ‘That’s what I’ve been saying! Russia first! Russia First!’ This whole bullying message to him.

And I wonder, are people around the world we’re watching closely in those PDBs (Presidential Daily Briefings), and he got one this morning, what will be the reaction today? Will somebody do something they weren’t going to do yesterday?