Near Mar-A-Lago, Businesses Shocked by MASSIVE Shift in Money Flow, As…

The revenge of Trump.[1] Turns out after a brief downturn for business in Palm Beach when Trump was elected President, things have totally reversed themselves there. Overall, retail business is up a whopping 40%. Some retailers are up a stunning 200% as people want to catch a glimpse of President Trump, his family and the Mar-a-Lago estate. Palm Beach is comprised of a bunch of old-money snobs that pretty much turned up their noses to the likes of Donald Trump, irregardless of how much money he had. He wasn’t their people. They now seem to be reconsidering that stance, although if I were Trump, I would tell them to get stuffed. Just sayin’.

One resident of Palm Beach is quoted as saying, “We haven’t had a winter White House since JFK.” Trump’s neighbors and contemporaries include the likes of Howard Stern and Rod Stewart. There is wealth everywhere and the social scene is ferocious. One of the things Trump hated before becoming President, was the loud flights over Mar-a-Lago. That’s a thing of the past as flights are now prohibited over that area because of security concerns. And attendees of events at the Winter White House say that after you get past security, Donald Trump is the most approachable President in many, many years. The Trump National Golf Club in Bedminster, New Jersey, is predicted to become his summer “Camp David North.” 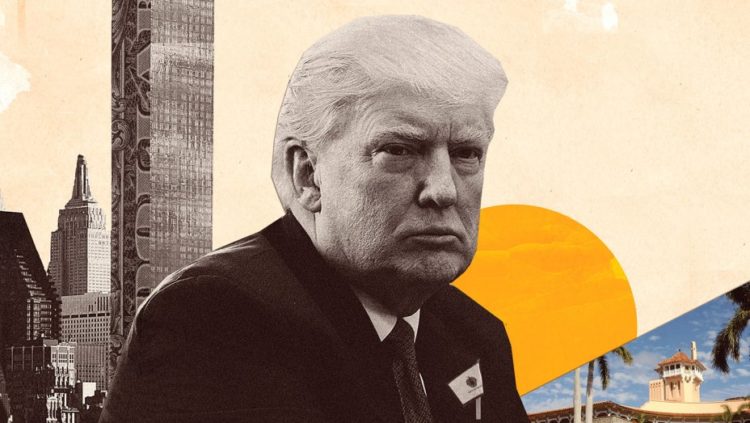 Sure, the old money crowd finds him tacky, but no one is complaining about rising real estate values on homes “with a view of Mar-a-Lago.”

Then along came Donald Trump — and the conversion of his Palm Beach Mar-a-Lago estate into the winter White House. (His Trump National Golf Club in Bedminster, New Jersey, is predicted to become his summer “Camp David North.”) And though Palm Beach is a town he has sued repeatedly — $50 million during the early 1990s for blocking his plan to build mansion subdivisions on Mar-a-Lago, $25 million in 2006 for not allowing him to fly a mega-American flag, among others — suddenly he’s its biggest draw. “He has done more for the brand than Lilly Pulitzer,” says society chronicler R. Couri Hay. In the immediate aftermath of the election, the stores and restaurant owners on Worth Avenue, the major high-end shopping strip, were terrified of Trump’s new status. But now, it turns out, they are benefiting from his presence. “There was a 15 percent decline during his first visit [postelection] because people were confused and afraid of the traffic,” says Marianna Avvate, a spokeswoman for the Worth Avenue Association. “But we just had a board meeting, and it turns out there has actually been an uptick of 40 percent.”

Business is a-boomin’ in Palm Beach these days and retailers are thrilled with the prosperity that Trump has brought them. There has been some bitching and moaning over security costs, but when weighed against the increased property values being seen and the economic boom there, it is a small price to pay for Palm Beach. The old-money elite there are now having to accept the President whether they like it or not and I find that extremely amusing. That must just KILL them.

Tiffany’s is seeing a major increase in traffic. Bibi’s chic pet boutique added Trump chew toys, which already are on back order and Sherry Frankel’s Melangerie is displaying cheese plates inscribed with “Make America Grate Again.” Says Frankel the owner, “I just sold 50 of them.” Local eateries are benefiting, too. Restaurant Costa (which offers a Trump chocolate tower cake) “initially lost business, but is now up 200 percent,” says Avvate. Local institutions with A-list regulars — including Mediterranean hub Bice, where Howard Stern, Sarah Jessica Parker and Billy Joel have lunched, and The Cooper, a hot farm-to-table spot that brings in PGA professionals and top athletes such as Jack Nicklaus and Michael Jordan, are as packed as ever. Gee, looks like Trump is definitely making America great again in Florida these days. 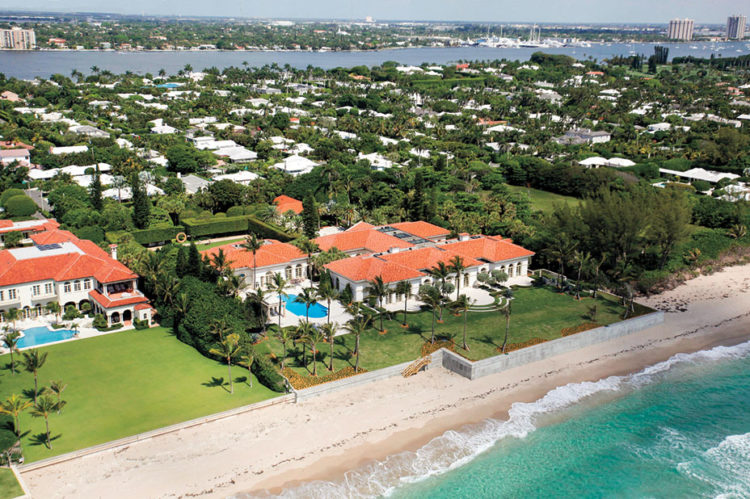 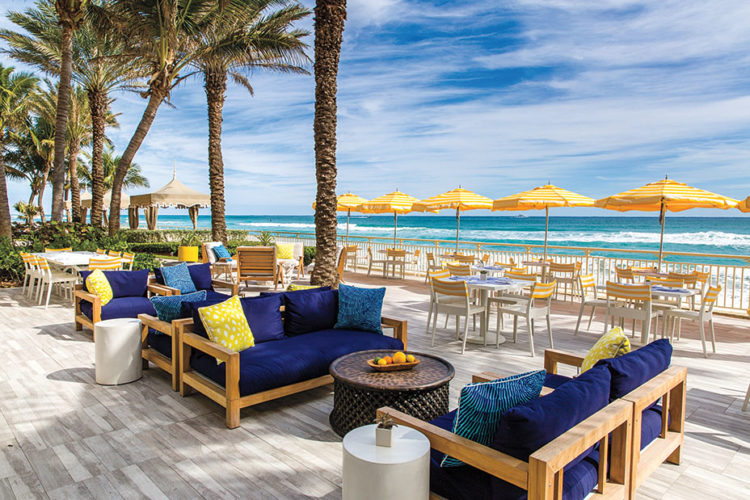 The terrace at the Eau Resort and Spa near Mar-a-Lago, where Chinese President Xi stayed. 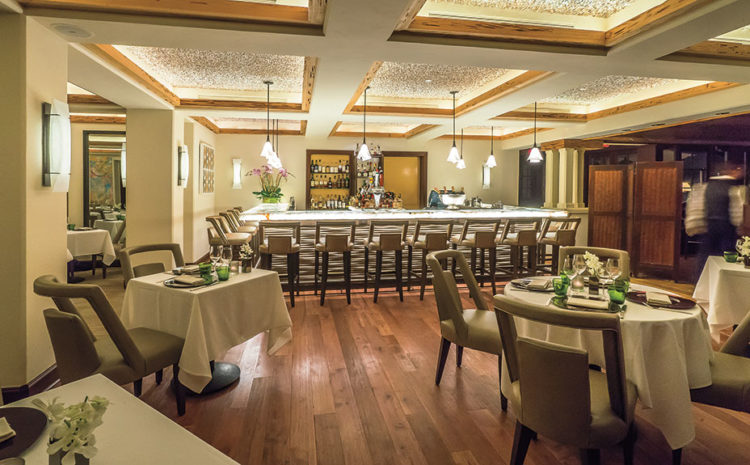