Joseph Hornick flashed his Donald Trump flags in New Jersey[1] and was faced with vandalism and theft. He called police to report a crime, instead of being a vigilante and taking out perps on his own. What happened next was shocking, at least to him, because he got a ticket for borough violations. 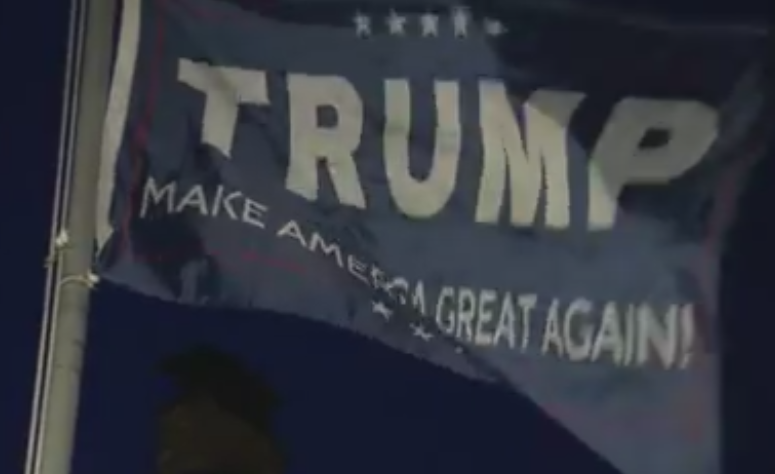 In the weeks that Joseph Hornick has been displaying the flags, he said he’s had to call police five separate times to report vandals either stealing or damaging his Trump flags.

Instead, he was surprised to learn they had a ticket for him accusing him of violating the borough’s ordinance prohibiting the public display of political lawn signs more than 30 days before an election.

Who is worse? The guy flying a flag of his political choice, which everyone has the freedom to do – or the person/s responsible for committing real crime via acts of vandalism and theft? I may or may not vote for Donald Trump, but everyone deserves to represent their favorite candidate without the thought of losing property or being victimized.

I didn’t steal Obama bumper stickers in 2008 and 2012, even though I knew the driver of a car donning one was a complete and utter buffoon. That was their car, their candidate, their choice. It wasn’t my fault they were unintelligent. Joseph Hornick can endorse whomever he wants. It’s his business.

People say Donald Trump is hateful, but who is the real criminal? Him or the people committing real crimes?