One of the key promises of Donald Trump’s campaign during the election was to build a wall on the border of the United States and Mexico. And much to the consternation of liberals everywhere, Trump plans to move forward with his promise to build a wall. He also has already gotten tough on immigration. Do Americans agree? A new poll sheds some light[1]. 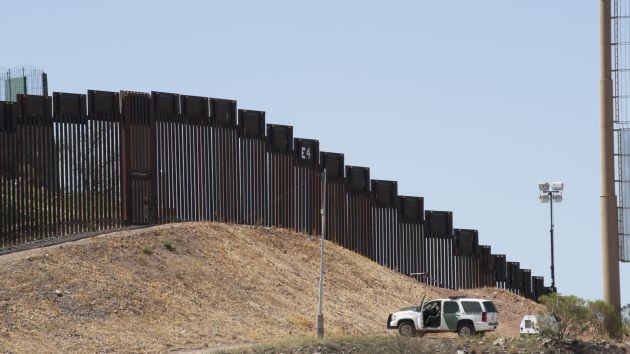 A Reuters poll found that 49% of all Americans support Trump’s executive order barring refugees and immigrants from seven Muslim countries from entering the United States. One-third of respondents said the order made them feel “more safe.” Trump’s executive order is more popular than Hillary Clinton, the media or Trump himself.

Trump’s approval rating has started off strong, around 40% in mid-January. Hillary, meanwhile, ended the election with a disapproval rate of over 50%.

Even more unpopular is the media itself, which just 32% of Americans said is trustworthy, in a new Gallup poll. That is the lowest percentage in the poll’s history. Why? One needs only look to media coverage itself. CNN, for example, did not showcase the strong support from Americans of Trump’s border wall or of his executive order. Instead, they tweeted about 12 people who went to a beach and wrote “resist” in the sand.

One American explained her position to Reuters. “I understand that the country was founded on immigrants,” Cheryl Hoffman said. “Please, I get that. But I’m worried that refugees are coming in and being supported by my tax dollars.” She added that she was “thrilled” with the ban.

Do you support Trump’s executive order?