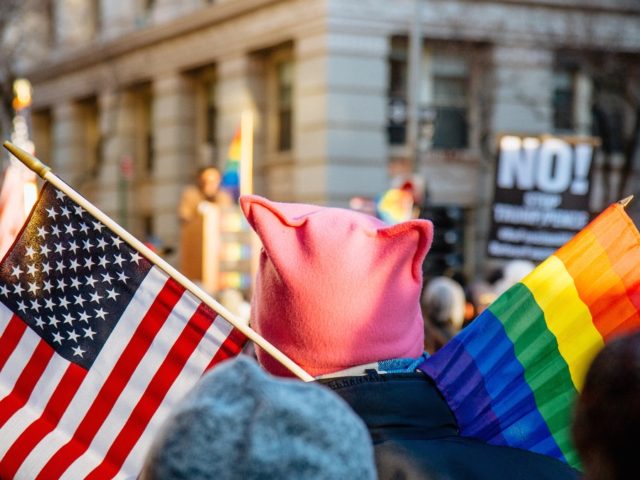 The arrangers of the annual Los Angeles Gay Pride Parade have proclaimed that this year’s march will be scrapped for a protest against President Donald Trump instead.

Sorry gays. It seems you’ve been put on the back burner for the sake of politics[2]…You might want new representatives to represent your interests a little better.

A news outlet in Hollywood has released that “the annual pride parade has been canceled, ceding to the nationwide LGBT Resist March that is scheduled in many U.S. cities for Sunday, June 11, the day the Los Angeles pride parade would normally occur.”

It’s not being junked totally, though. There will still be a much smaller “Pride Festival,” but for non-political reasons: You see, West Hollywood Park, where the parade usually is held, is currently under construction.

“Given the current political climate where divisiveness and discrimination continue to be part of mainstream dialogue, CSW is determined to make the LA Pride brand a unifying force for the LGBTQ+ community and its allies across all of Los Angeles. ”

West Hollywood’s culture of, well, I guess ‘tolerance’ has been tested as of late by the evil deeds of President Donald Trump – you know, the most sympathetic incoming President of ALL TIME. That doesn’t seem to matter one bit because he is still rejected by gay activists disposed to treat any Republican as a prospective danger and hostile to the notion of states’ rights on issues they consider key.

Yeah. The Right. ‘Hostile’ towards STATES’ RIGHTS…I know. I laughed too.

A local official tried to keep Trump from coming to West Hollywood last year and a woman attacked a Trump supporter inside a local restaurant.

According to the organizers:

Oh gosh, I think I’m going to be sick…Where do these crazies think they live, North Korea?!