Recently, within the last week, President Obama asserted that he would have beaten Trump if he had been the one to run for a third term. Which is strange, because the candidate Trump clearly defeated[1] was running on all of Obama’s policies.

Is Obama more likable than Hillary? For the left, you bet. But that doesn’t mean that Trump would have lost to him. In fact, a new poll just came out that directly contradicts Obama’s claim with facts. Turns out, the man was loved – not so much his policies.

Head-to-Head: By a 45-44% margin, voters want @realDonaldTrump[2] as president over Barack Obama, via POLITICO/MC poll https://t.co/EsRyaDh3MQ[3]

May I present one Democrat, Bryan Dean Wright[5], who shared his feelings before the poll was even released. He wasn’t convinced Obama would have beaten Trump and was questioning whether his party ever wanted to see the sitting president on the ballot, ever again:

“It’s impossible to know whether another Obama ticket could have changed hearts and minds. And frankly, I don’t care. As a frustrated Democrat, I’m more interested in asking whether we would have wanted him to run again in the first place. Here’s why. For a moment, set aside the debate about Obama’s domestic and foreign policy record. Focus instead on his eight years as Democrat in Chief, where his singular goal was to leave the party stronger than how he found it. The result? Democrats are in a weaker position today than at any point in nearly 100 years.Republicans control 32 State Legislatures, 33 Governorships, the U.S. House, Senate, and – now – the Presidency. And it’s a trend that started happening well before the 2016 wipeout. While the President’s a good man, he is a terrible manager.” 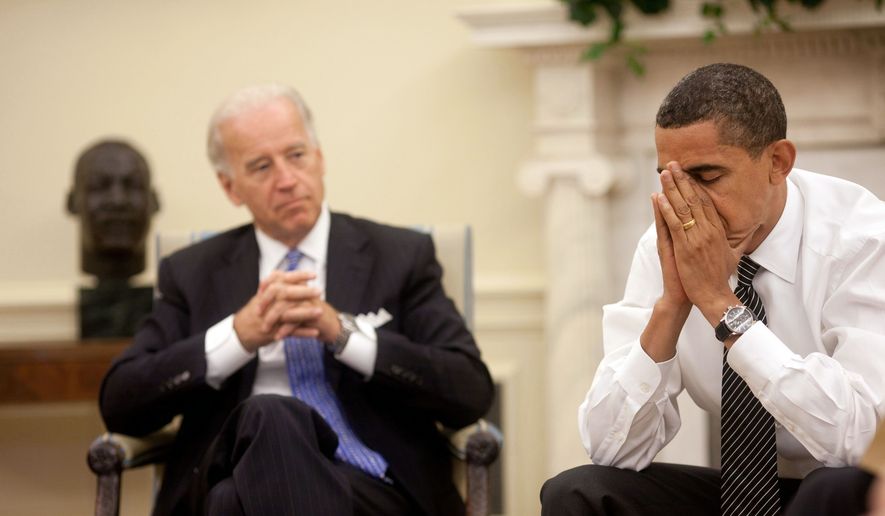 While Obama has been a favorite of the left, the perfect golden child of progressive Marxism, his policies and the consequences were and are being felt by every American, no matter where they politically lean.

It just depends on if they are humble enough to admit they are in just as much pain as the right.