Donald Trump and Rosie O’Donnell are notorious enemies. The two have been feuding since long before Trump took office as President and it’s fair to say that there’s a good bit of mutual hatred between the two. And that’s exactly why the two of them agreeing on something[1] is so shocking. 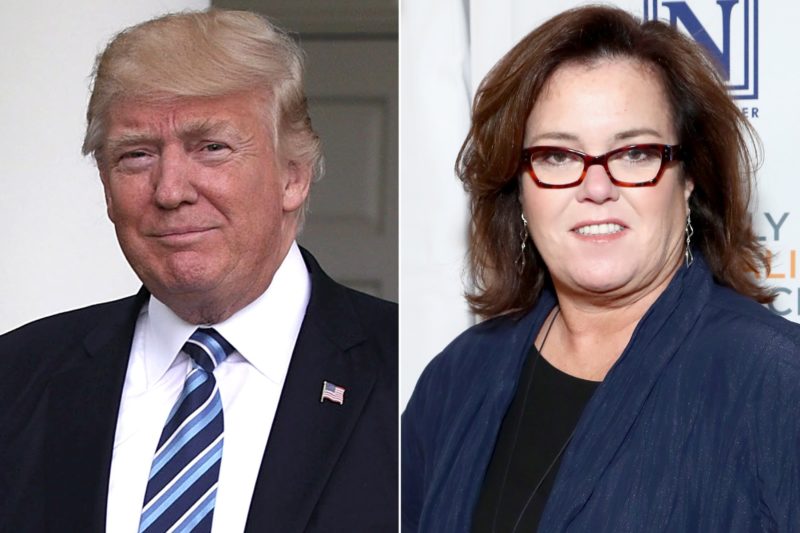 Trump’s decision to fire FBI Director James Comey has been headline news all week, with many liberals surprisingly furious over it. But Trump found an unlikely defender in Rosie O’Donnell, who had called for Comey’s firing months ago[3]:

So Trump, of course, sent out a response on Twitter pointing out that they finally, after all this time, agree!

We finally agree on something Rosie. https://t.co/BSP5F3PgbZ[7]

But the feud didn’t die there. Rosie was not amused and inexplicably lashed out.

But Rosie wasn’t done yet; she reached out to MSNBC reporter Nicole Wallace with a text message that she allowed to be read on-air, saying that the tweet was “a clear indication of his seriously declining mental health.”

[email protected][12] texts @NicolleDWallace[13] about Trump’s tweet: “It’s a clear indication of his seriously declining mental health. This is no joke.” pic.twitter.com/B73vtusQrN[14]

Why any of this upsets Rosie is difficult to understand — after all, she did call for Comey’s firing. But when Trump does exactly what she demanded, somehow it makes him sadistic and mentally ill? OK, Rosie.

In John Hawkins’ new book, ‘101 Things All Young Adults Should Know’, he teaches in number 10 of the book that people are what they are and probably are not going to change much once they reach adulthood.

Clearly, Rosie is not about to change from being a bitter, angry harpy into someone who is willing to put her pride and ego aside, even when she has no reason to be angry. There’s no point in trying to reason with someone like her.