An Italian cafe in Hawaii[1] has posted a sign that says if you voted for Trump, you can’t eat there. ‘No Nazis’. Let me tell you something, I don’t care who I voted for, if I saw a sign like this, I wouldn’t eat there and I would tell everyone I know not to eat there. My husband said he would go in and ask them to bake him a cake while wearing a Trump t-shirt and hat.

Jali Warner told Fox News[2] the pair did not plan to ask people whom they voted for, nor would anyone who voted for Trump not be served. You see the lie in that? They head that off by having the sign on the door. “Robert just wants to express how much he doesn’t like Trump,” she told the outlet. “If people take it personally or it hurts them, we cannot help. That’s why we say they have [a] choice if they want to come or not come. We don’t force them.” Frankly, I hope their business dries up entirely… their attitude is shameful. 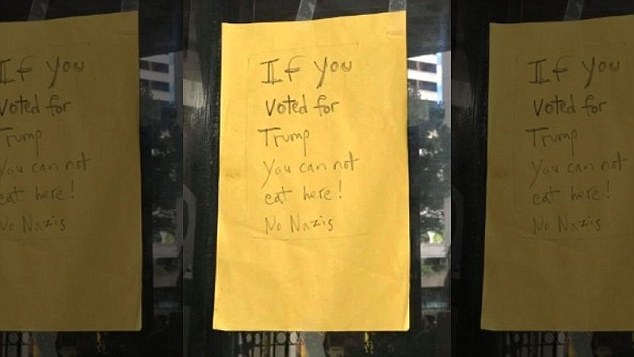 One restaurant wants everyone to know it won’t be serving certain types of people, and it’s not ones without shirts or shoes – it’s Trump voters.

‘If you voted for Trump, you cannot eat here! No Nazis,’ says the yellow sign posted on Cafe 8 1/2 in Honolulu, Hawaii.

The Italian cafe, owned by Robert and Jali Warner, has received some rave reviews on Yelp. But some people weren’t so happy with its serving of politics with a side-order of anti-Trump.

‘This smacks of discrimination!! Like discriminating against a bakery for not wanting to bake a cake for a certain group, or a minister not wanting to perform a gay wedding??? Is this not the same thing??’ asked a poster on the cafe’s Facebook wall.

‘I come from a country that once banned all people from a certain group from entering restaurants, makes me feel enormously sensitive about your approach; in other words, I don’t see how people can’t be allowed into a bar just because they are black, or gay, or Jewish, or voting for Trump,’ said another.

Jali Warner went so far as to try and assure people that they would not mess with their food if someone supported Trump. Yep, that makes me feel like not eating there even more. “We don’t put anything different [in] your food,” she said. “We don’t want to create trouble. There is enough trouble in the world.” If you go in there wearing a Trump t-shirt, you evidently only have to worry about them spitting on your food a little bit.

Jali claimed only three people called to complain about the sign. I highly doubt that, but it could be that people just turn and walk away or that they just aren’t that in demand in the first place. Some people even feel the sign hearkens back to the Soup Nazi episodes of ‘Seinfeld.’ “It was funny on Seinfeld, but this place can rot away. Stay away. Hawaii ain’t like this. There’s a lot of better places on the island than to have deal with extra crap like this,” wrote a Yelp commenter. Hawaii is overwhelmingly Democrat with 62 percent having voted for Clinton. But conservatives do live there, they just won’t be eating at this place. 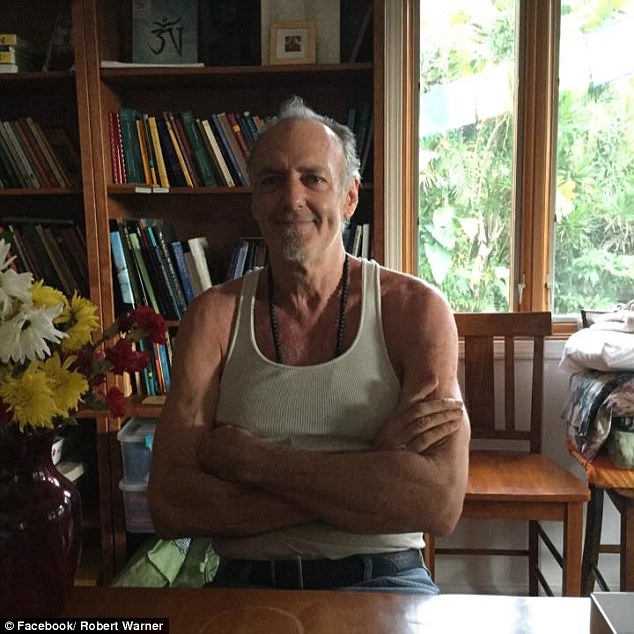