Pat Robertson: ‘God’s Plan Is Being Put Into Place For America Now, Liberals Are Undermining It’ [VIDEO]

Evangelist Pat Robertson is claiming that liberals are attempting to undermine the path for America which has been set forth by God himself.

This is the result of the leaks that have caused major controversy in the White House as well as the resignation of former National Security Adviser Michael Flynn. 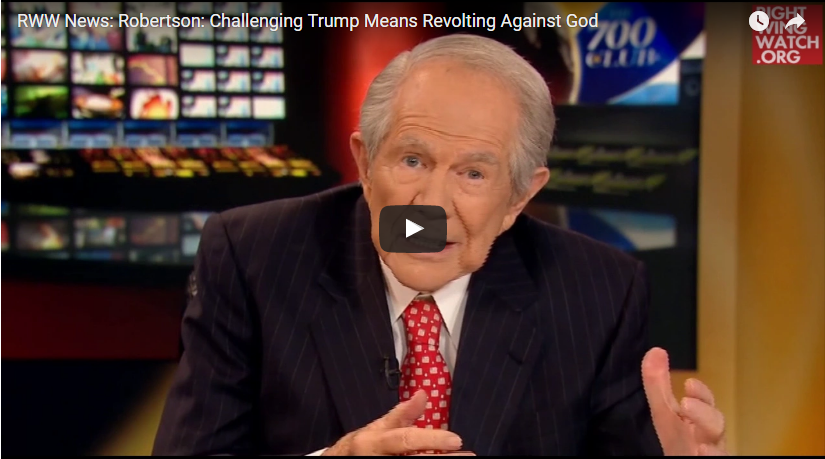 The attacks on President Donald Trump are the work of liberals seeking to fight God’s plan for the United States, evangelist Pat Robertson[3] said Wednesday.

Speaking on The 700 Club on Christian Broadcasting Network, Robertson said that in the wake of the resignation of former National Security Adviser Michael Flynn, the biggest issue facing America is the leaking of information and the motives behind those leaks.

“The question is, who leaked … who is it that is a holdover from the Obama administration that is trying to destroy President Trump and his aides?” Robertson said.

Robertson drew a parallel between the America of today and the Old Testament by referencing the Book of Jeremiah, in which God commanded obedience to King Nebuchadnezzar. He also cited Psalm 2:2, in which the ruling class opposed God and His anointed.

Robertson also noted that liberals and media outlets attacking Trump have been promoting an anti-American agenda.

Robertson noted that the attacks against Trump come from the same people who have sought to supplant conservative teachings with liberal dogma.

“They want collectivism. They want socialism. What we’re looking at is free markets and freedom from this terrible, overarching bureaucracy. They want to fight as much as they can,” Robertson said.

I don’t know if I would go that far, but it is absolutely certain that Democrats are obstructing Trump in a way similar to what they complained about Republicans doing to Obama.