Donald Trump has been slipping in the polls and he’s retaliated by going after Republicans up for re-election. And for his supporters, this is music to their ears: much of Trump’s appeal, after all, is that he’s been a thorn in the GOP’s side. They want to stick it to the man and for them, Trump is helping them to do that. So, the recent chants at a Trump rally[1] aren’t all that surprising. 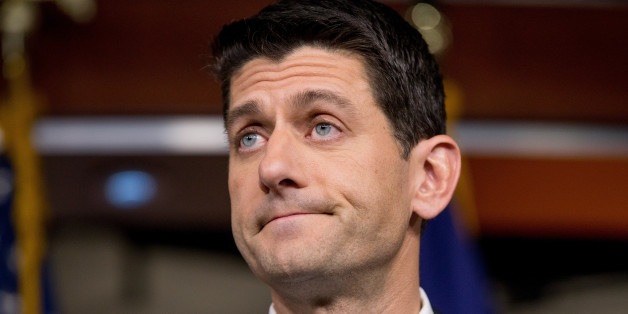 At a Trump rally on October 17th in Green Bay, Wisconsin, the crowd made their dissatisfaction with Paul Ryan very clear. They yelled, over and over again, “Paul Ryan sucks.”

Even the Trump supporters who weren’t at the rally showed up in the comments to cheer on the Ryan hate.

I’ll go it one better- PAUL RYAN IS A TRAITOR!﻿

How about he’s been aiding and abetting criminals who have been working for years to destroy America. He is the obvious example of ENEMY TO AMERICA.

Who the hell voted this RINO back in?﻿

Paul Ryan is a PUNK!!

Trump’s supporters are certainly fired up and angry, but Trump himself isn’t doing much to gain himself many new fans. It should be interesting to see who comes out of this with a political career when the election is over: Paul Ryan, or Donald Trump.