After taking a fifth Super Bowl victory in the last 16 years, New England Patriots owner Robert Kraft on Monday reacted to the fact that many of his players won’t be joining [1] the team to visit the White House.

That list of players so far includes, Devin McCourty, Martellus Bennett, Chris Long, LeGarrette Blount and a fistful of other players have said they won’t be joining their teammates for the traditional White House visit in the coming months.

But Kraft has pointed out that the coverage by the media on this event was “interesting” for this particular year of the Super Bowl.

Kraft was interviewed on the Today Show and spoke about the issue:

“Well, you know what’s interesting, this is our, I’m happy to say, fifth Super Bowl in the last 16 years, and every time we’ve had the privilege of going to the White House, a dozen of our players don’t go. This is the first time it’s gotten any media attention.”

Kraft went on to mention the freedom that the Constitution gives its citizens to “do whatever’s best for us.”

“You know, some of the players have the privilege of going in college because they’re on national championship teams, others have family commitments. But this is America. We’re all free to do whatever’s best for us. We’re just privileged to be in a position to be going.”

Players like McCourty, Bennett and Blount, have already stated that President Donald Trump is the reason they won’t be taking that trip to the White House this year. 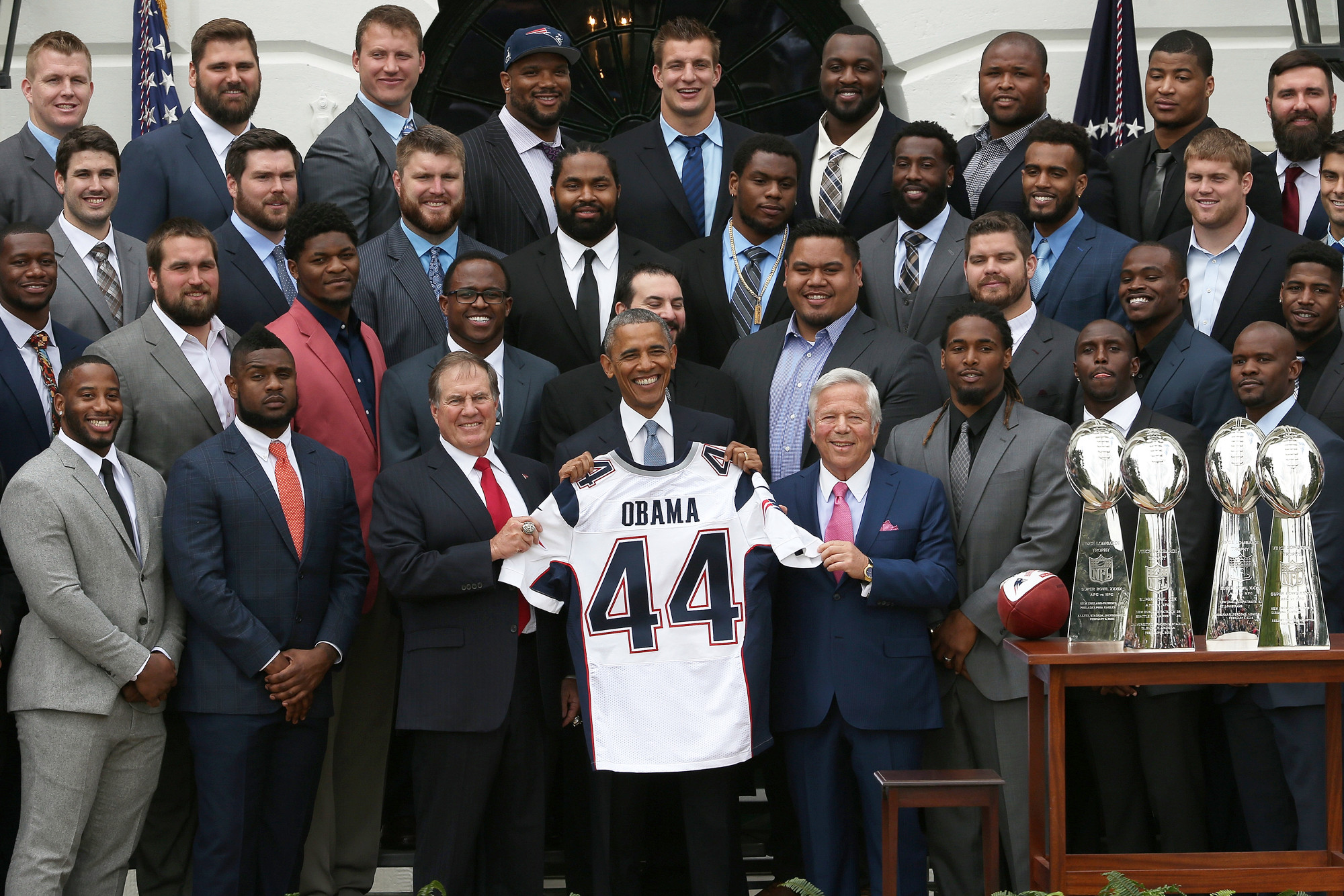 In 2015, Patriots star quarterback Tom Brady passed over the team’s White House visit due to what he called a “family commitment.” There’s no reason not to believe that, but it didn’t stop some speculation that the snub may have been politically motivated.

It’s been made crystal clear this year that the reason for many of the absences is President Trump.