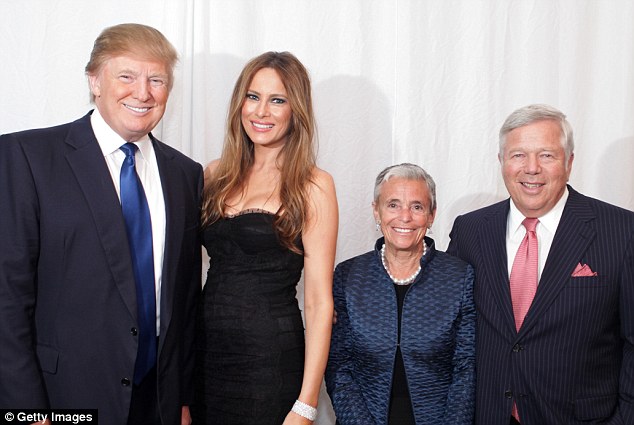 The Patriots owner, Bob Kraft, has been a big advocate of Donald Trump’s. In fact he recently took the time to explain why it is that he is so close to Donald Trump and the reason why definitely shocked me. Bob Kraft explained that in 2011 his beloved wife of 48 years tragically passed away after battling cancer. He explained that it was the most tragic and difficult year of his life and he struggled deeply. He needed someone, a friend, to reach out and help him to heal.

That is where Donald Trump comes into the picture. According to Bob Kraft, ‘He called me once a week for the whole year, the most depressing year of my life when I was down and out.’ Both Donald Trump and his wife, Melania, were there for him as he struggled to overcome the loss of his dear wife.

Bob Kraft explained that he felt so alone, but that Donald Trump was one of the few who reached out. He was one of just ‘five or six people’ who did that, adding: ‘I remember that’.

Not many people see this side of our President, he is so villainized in the media. But he was a hero to this man.

His full statement included this:

‘When Myra died, Melania and Donald came up to the funeral in our synagogue, then they came for memorial week to visit with me,’ said Kraft in an interview with the New York Daily News.

‘Then he called me once a week for the whole year, the most depressing year of my life when I was down and out. He called me every week to see how I was doing, invited me to things, tried to lift my spirits.’

Kraft then added: ‘He was one of five or six people that were like that. I remember that.’