In the wake of Trump’s lewd tape last week[1], Speaker Paul Ryan was wrestling with pulling his endorsement after vehemently condemning Trump. He made his decision over the weekend and will not withdraw his endorsement. However, he will not campaign with or for Trump. Instead he will focus on keeping the majority in the House of Representatives. In light of Trump’s actions, I do not blame Paul Ryan for taking this stance… in fact, I wouldn’t have blamed him for walking away entirely. But I think he has the best interests of the party at heart and this was the best he could do.

It looks like House Majority Leader Kevin McCarthy (R-Calif.) is taking the same stance and telling GOP lawmakers to focus on their individual races. This definitely suggests a break between House Republicans and Donald Trump. Ryan is also telling his fellow Republicans to not waste time[2] defending Trump’s controversial remarks. 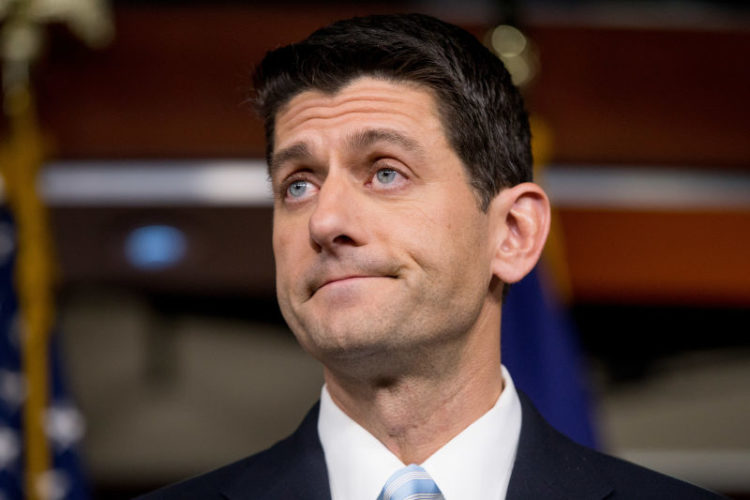 The Wisconsin Republican told his fellow party-members on a call Monday morning that he doesn’t take back his endorsement, but his focus from now until Election Day will be keeping a majority in the House of Representatives.

Ryan told rank-and-file Republicans that “you all need to do what’s best for you in your district” when making choices about whether to support Trump, Politico reported[5].

House Majority Leader Kevin McCarthy (R-Calif.) also reportedly told GOP lawmakers on the call to “take a deep breath” and focus on their own races.

House Republicans have been given the green light to focus on their individual elections as a means of preserving the GOP’s majority in the lower chamber and to ensure “that Hillary Clinton does not get a blank check” when she becomes President, Ryan said. This is a wise move on Ryan’s part. Rather than getting mired in the muck, Republicans must zero in on their races or they chance losing everything.

Trump’s gutter talk is indefensible no matter how his supporters spin it. This is damage control and now it’s survival time for the Republicans. Trump told Ryan he should be focused on his job instead of attacking the nominee. That’s exactly what he is doing here. Dozens of Representatives and Senators have withdrawn their support for their nominee. If the party is to make it through this mess now, they must get centralized and fight their individual fights.

The defections and the lack of support for Trump have taken a more serious tone as “the speaker is going to spend the next month focused entirely on protecting our congressional majorities,” according to Ryan spokeswoman AshLee Strong.