I have never been thrilled[1] over the production of Hamilton from the beginning. I find it to be a politically correct, revisionist version of history and frankly a pandering social construct. I am also not surprised that Make Pence would be booed while attending this piece of faux art. The lead actor is gay, HIV positive and a cancer survivor. None of which I find extraordinary. The cast delivered a message to Pence that they hope that the Trump administration will represent all of their diversity. I’m sure it will. But in the sage words of Mick Jagger… “You can’t always get what you want… But if you try sometime you find… You get what you need.”

Why Pence would attend an artsy, fartsy Broadway musical about colonial rebels shaping the future of an unformed country, that strikes me as more about Progressive values than American revolutionary ones, is beyond me. But he has the right to go to a play or a musical just like anyone else does. And Americans should have enough respect for the Vice President-elect to not boo him when he is in attendance. What a bunch of classless idiots. 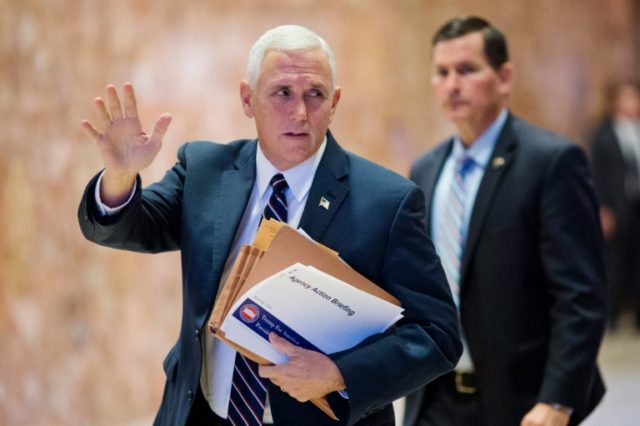 Washington (AFP) – The diverse cast of award-winning Broadway musical “Hamilton” delivered a powerful, if unusual, message to Vice-President elect Mike Pence after he was booed at a performance of the show, urging him to work on behalf of all Americans.

Donald Trump’s right-hand man attended a performance Friday of the hit musical about young colonial rebels who shaped the country whose founding fathers they would become.

The show’s lead actor, Javier Munoz, is openly gay, HIV positive and a cancer survivor. Activists have worried that the incoming Trump administration will be hostile to gay rights.

Brandon Victor Dixon, who plays former vice president Aaron Burr, read a statement to Pence during the curtain call that echoed some of the biggest concerns critics have voiced since Republican firebrand Trump was elected on November 8.

And with that, a performance of a musical about the American Revolution and the dawn of a young nation became even more political.

“Vice President-elect Pence, we welcome you and we truly thank you for joining us here at ‘Hamilton: An American Musical.’ We really do,” Dixon said.

“We, sir, we are the diverse America who are alarmed and anxious that your new administration will not protect us, our planet, our children, our parents or defend us and uphold our inalienable rights, sir.

“But we truly hope this show has inspired you to uphold our American values and work on behalf of all of us. All of us.”

The audience cheered and applauded loudly his comments.

The audience gave a standing ovation during the play at the line, “Immigrants, we get the job done,” one theatergoer, Christy Colburn, wrote on Twitter. She added: “Crowd went NUTS at King George’s lines ‘when people say they hate you’ & ‘do you know how hard it is to lead?’ He had to stop the song.” So, they cheer King George and boo someone who is representative of the militiamen. How screwed up is that?

One of the most acclaimed Broadway musicals in years, “Hamilton” has been especially celebrated by liberals for its resonant, provocative portrayal of America as a nation of immigrants — particularly with its casting of Hispanic or black actors in the roles of Alexander Hamilton, George Washington, Thomas Jefferson and other founding fathers. In my humble opinion, it is a travesty and does not even come close to accurately portraying the founding fathers.

Pence was a gentleman and even though he was on his way out, he paused in the hall to hear the entreaties of the cast members’ representative. He acted like a true statesman there and it was noble. I don’t know about you, but I’m sick to death of all this diversity crap. Pence is a far better person than I am, I would have just left. But then again, I wouldn’t have gone in the first place… acclaimed musical or not. 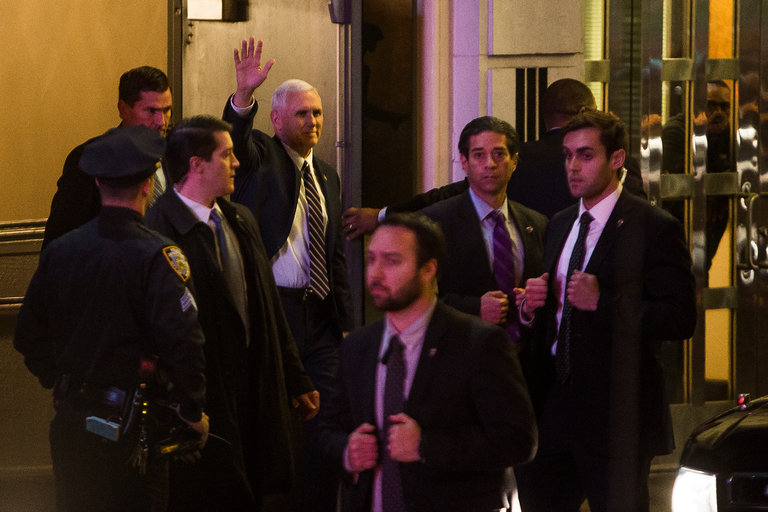