Popular Democrat says Trump has a point about #WireTap [VIDEO]

Why am I not surprised…[1] and for a number of reasons here. Suddenly, Dennis Kucinich has popped up and is claiming that he was wiretapped just like President Trump is claiming. At first, knowing that Kucinich is a moonbat and a leftie, I thought he was trying to make it all about him. But no… he was put under surveillance in 2011. He had dinner at a Chinese restaurant with Saif el-Islam Qaddafi, a high-ranking official in Libya’s government and a son of the country’s ruler, Moammar Qaddafi. Let me just state, that it is not out of line for our intelligence agencies to put surveillance on a foreign leader and by association, whomever is dealing with them. But this is more complicated than that.

Where this becomes a constitutional issue is when the taped conversation was released to the Washington Times. That is illegal. And after five years and a mountain of FOIA requests, Kucinich still has no answers. But what we do know, is at the time he was opposing Barack Obama and Hillary Clinton on Libya. See where this is heading? Then magically, an intelligence op is leaked to the press. It sounds oh, so familiar suddenly. Obama went after Kucinich who was standing against him. 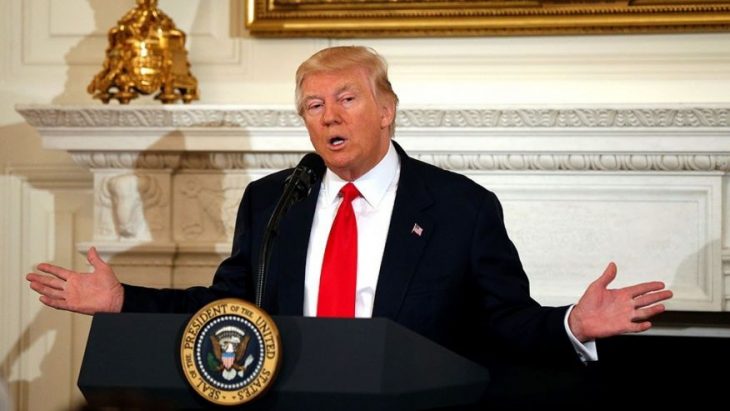 President Trump’s assertion that his phones at Trump Tower were tapped last year has been treated as hilarious—and in some circles as beyond contempt. But I can vouch for the fact that extracurricular surveillance does occur, regardless of whether it is officially approved. I was wiretapped in 2011 after taking a phone call in my congressional office from a foreign leader.

That a secret recording had been made of this call was revealed to me by the Washington Times in 2015, a full two years after I left office.

The newspaper’s investigative reporters called me, saying they had obtained a tape of a sensitive telephone conversation that they wanted me to verify.

When I met them at a Chinese restaurant in Washington, they played back audio of a call I had taken in my D.C. congressional office four years earlier.

The call had been from Saif el-Islam Qaddafi, a high-ranking official in Libya’s government and a son of the country’s ruler, Moammar Qaddafi.

At the time I was leading efforts in the House to challenge the Obama administration’s war against Libya. The Qaddafi government reached out to me because its appeals to the White House and the State Department to forestall the escalating aggression had gone unanswered.

I believe there are leftists still in the intelligence agencies loyal to Obama and they released the surveillance on Trump’s calls to the media. I also believe they ran an op on Trump Tower and came up with nothing. This hasn’t stopped either, it is still ongoing and it is treasonous. As David Horowitz has pointed out, Trump needs to fire anyone with any connection to Obama, especially in the intelligence agencies. Or this will never stop.

Kucinich says the quality of the recordings leaked on him were excellent and were definitely of his conversation with the Libyan official. Qaddafi was an evil man, but at the time he was killed, he was working compliantly with the US. Hillary Clinton wanted him gone. Remember her quote after he was killed? “We came, we saw, he died!” Kucinich is right in his support of President Trump here, the wiretapping and the leaks represented a gross violation of the separation of powers. Even a raving loon gets it right occasionally and politics makes for the strangest of bedfellows.