No one thought Donald Trump[1] could be president. No one but those that supported him from the beginning. I didn’t believe it either. He showed not just America, but the world that Donald Trump does not lose. He ran a campaign like no other. It was bold, brash and outrageous. He went straight to the people and in turn, they elected him as the most powerful man on the planet. Forget about politics as usual… this was a whole different type of game altogether. And it wasn’t the Beltway that called the shots this time… it was flyover country.

This was the Forgotten Man election. One where the voice of the common man rose up and drowned out the Marxist Progressives who tried to put Hillary Clinton into office. The media laughed at and ridiculed Trump. He raged right back in their faces and gave far better than he got. Thousands enthusiastically gathered wherever Trump went to speak. They were starving for someone… anyone… to stand up for their rights and needs. They wanted someone to slap the media down and be an outsider to politicians who have run this country into the ground. Donald Trump was the people’s choice and he did not disappoint. 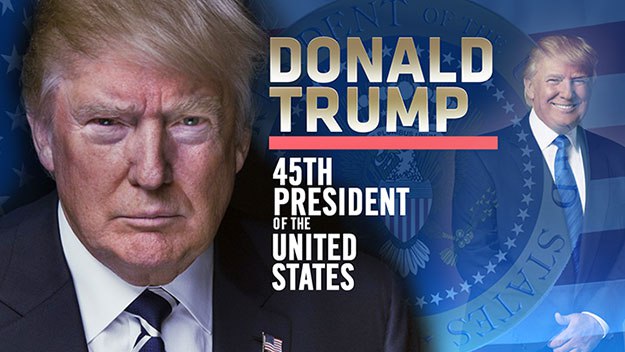 Looking at President Donald Trump just days since being inaugurated as the 45th leader of the United States, it’s easy to forget how much he actually overcame to get here.

When Trump announced his presidential bid back in June 2015, many refused[3] to take him seriously. He faced ridicule[4] from political rivals and pundits alike.

The mainstream media criticized everything, from his statements during the campaign[5] to his tweeting habits[6].

But they missed one thing: America was rallying behind him the whole time.

Now a video montage of President Trump’s long road to the Oval Office has been spreading like wildfire on social media[7].

The clip entitled “President Trump: Who thought it would ever happen?” was created as part of BBC Newnight’s[8] “Inauguration Special.”

The election of Donald Trump was America’s Brexit moment. It was historic in so many different ways. Not the least of which is how the left tried and is still trying to paint Trump as an illegitimate president, unfit and unvetted for office. But louder than the wailing from the left, the gnashing of teeth and pulling of hair, are the items on President Trump’s agenda. He wasted no time getting to work the moment he was sworn in.

Obamacare became a casualty immediately, as did TPP. NAFTA will be renegotiated and talks are beginning to move the American embassy from Tel Aviv to Jerusalem. The arrangements for a wall on our southern border are commencing and Trump has put the police and military front and center in his administration. Regulations have been frozen and Obama’s legacy is now being dismantled once and for all.

There is true hope in America once more. The left is screaming of catastrophe and the media is nipping at Trump’s heels… but it doesn’t matter. He’s marching forward and all of America will hopefully benefit from it… even those who fight it all the way. Everything Trump went through to get into the White House was worth it for him. He persevered and overcame all the mocking and dismissals. President Trump is now a reality even for those in denial.